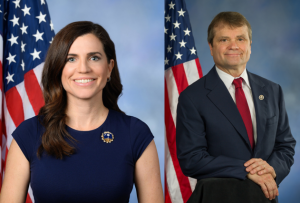 We need to stop the shipment of animals, for fighting purposes, via the U.S. Post Service.”
— Rep. Nancy Mace, R-S.C.

WASHINGTON, DC, USA, November 19, 2021 /EINPresswire.com/ — Animal Wellness Action (AWA), the Animal Wellness Foundation, and the Center for a Humane Economy today applauded Members of Congress for pressing the U.S. Postal Inspection Service (USPIS), the law enforcement arm of the service, with a letter to crack down against illegal animal fighting shipments that continue to be uncovered by AWA in their ongoing investigations.

The letter, led by Reps. Mike Quigley, D-Ill., the Chairman of the House Appropriations Subcommittee on Financial Services & General Government (with an important role with the operations of the U.S. Postal Service), and Nancy Mace, R-S.C., the Ranking Member of the relevant House Oversight and Government Reform Subcommittee, was signed by 36 Members of the House including 24 Democrats and 12 Republicans.

AWA has conducted a series of investigations and documented thousands of fighting roosters annually shipped in boxes through the U.S. mails for fighting purposes, with more than 10,000 birds shipped to Guam over the last four years.

“It is shocking to place live animals in a box with no food or water and send them on a long, multi-flight journey – in some cases an 8000-mile journey from North Carolina to Guam – to end up in a cockfight,” said Wayne Pacelle, president of Animal Wellness Action. “We are not sure what’s worse – the flight or the fight.”

“We need to stop the shipment of animals, for fighting purposes, via the U.S. Post Service,” said Rep. Nancy Mace, R-S.C. “This barbaric and cruel practice needs further investigation and those responsible need to be held accountable. I urge the U.S. Postal Inspection Service to work more aggressively to interdict illegal trafficking of fighting animals through U.S. mail.”

“The U.S. has banned any interstate or foreign transport of animals for fighting purposes for nearly 20 years, yet the problem still persists. We must take action to better enforce our laws and end this immoral practice,” said Rep. Mike Quigley, D-Ill. “With evidence pointing to the U.S. mail as the primary means of transport for these animals—it is past time for the USPS to treat the illegal shipment of fighting animals as a high priority and work to end this once and for all.”

“We applaud Reps. Nancy Mace and Mike Quigley for their leadership and tireless work for the animals we all care so deeply about, and all of the Members who joined this effort,” said Marty Irby, executive director at Animal Wellness Action. “Cockfighting is not only inhumane and unconscionable but, it’s a health and human safety threat, given the role of this blood-sport in spreading Newcastle disease, and Avian influenza — the U.S. Postal Inspector should crackdown against this form of staged cruelty.”

The letter comes on the heels of the U.S. Supreme Court’s denial of a writ of certiorari from political leaders in Puerto Rico seeking relief from a federal law that bans cockfighting there and in every other part of the United States. The federal law against animal fighting has been consistently upheld by the U.S. courts.