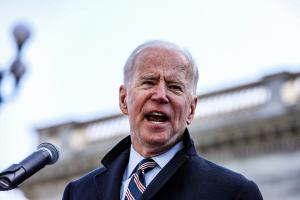 It's also noteworthy that President Biden and his team have not focused any positive attention on animal welfare issues since the start of the Administration.”
— Marty Irby, executive director at Animal Wellness Action

"Political polarization usually isn't good for animal welfare, and that's especially true in Washington, D.C. as the leaders of the party slug it out on major national issues and largely forget about the importance of animals in our lives and the threats that mistreatment of animals poses to our safety. It's also noteworthy that President Biden and his team have not focused any positive attention on animal welfare issues since the start of the Administration.

"The Department of the Interior has been particularly tone deaf on animal welfare. The department claims it has enabled the largest expansion of hunting on national wildlife refuges; it is conducting record-breaking roundups of wild horses; it's allowed trophy hunting of bison in Grand Canyon National Park; and it's endorsing the Trump Administration's de-listing of wolves, which has exposed them to slaughter in Idaho, Montana, and Wisconsin. Meanwhile, the U.S. Centers for Disease Control and Prevention has banned canine imports from 113 countries for no good reason, while it's sitting idly by as COVID-19 stirs and spreads at mink farms in the homeland. The agency has lost its way when it comes to risk assessment related to zoonotic diseases.

"On the ground, many rank-and-file lawmakers in both parties continue to advocate for reform for animals. Animal Wellness Action and its partners have conceived a raft of new federal animal protection bills introduced in Congress: the Minks In Narrowly Kept Spaces are Superspreaders Act (MINKS ACT), the FDA Modernization Act, the Greyhound Protection Act, the Kangaroo Protection Act, the Lead Endangers Animals Daily (LEAD) Act, the Animal Cruelty Enforcement Act, and the Bear Protection Act, which we've revived after it passed the U.S. Senate twice two decades ago. We have other bills soon to be introduced as well.

"These bills have attracted the support of lawmakers across the political spectrum – for example, from House Appropriations Chair Rosa DeLauro of Connecticut leading the MINKS Act alongside Republican freshman Nancy Mace, R-S.C., to Republican Senators Rand Paul of Kentucky and Mike Braun of Indiana aligning themselves on the FDA Modernization Act with Democrats Cory Booker of New Jersey and Ben Ray Lujan of New Mexico in advancing the FDA Modernization Act.

"As we return from a break from the Animal Wellness Podcast over the last few months, AWA President Wayne Pacelle, podcast host Joseph Grove, and I discuss the lay of the land, and where we stand with the Administration and in Congress on animal issues. We hope you'll listen to our latest episode here."

Marty Irby is the executive director at Animal Wellness Action in Washington, D.C., and a former 8-time World Champion equestrian who was honored in 2020 by Her Majesty, Queen Elizabeth, II, for his work to protect animals. Follow him on Twitter, Instagram, and Facebook @MartyIrby