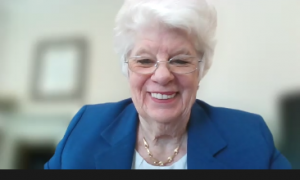 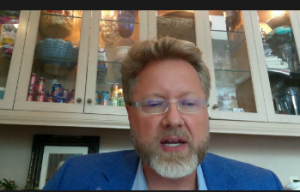 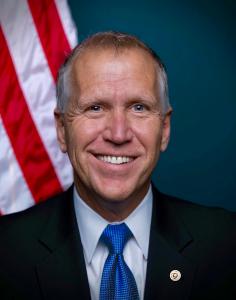 The United States should ALWAYS have a dedicated, passionate Ambassador holding the position of the Ambassador for International Religious Freedom.”
— Matias Pertulla, Director of Advocacy at International Christian Concern

WASHINGTON, DC, USA, October 21, 2021 /EINPresswire.com/ — Religious persecution by various national governments around the world continues to be on the rise, including Afghanistan, Russia, China, Egypt and Bangladesh, and had led to disappearances, detentions, forced labor, death and genocide as detailed in ongoing reports.

Congressional champions and civil society leaders joined in an online event to discuss Congressional priorities for the 2021 legislative session, in a unique government/non-governmental organization event.

One of the issues brought up repeatedly was the position of Ambassador-at-Large for International Religious Freedom which remains empty pending Senate confirmation of the nominee.

Greg Mitchell, Chairman of the International Religious Freedom Roundtable urged the immediate Senate confirmation of the newly nominated Ambassador-at-Large for International Religious Freedom, Rashad Hussain. Mitchell said, “We need it now more than ever” as “persecution continues to get worse”. He also talked about the importance of national governments realizing that it is in their best interest to increase religious freedom. With religious freedom comes more economic growth, more security and more prosperity. Mitchell also emphasized the importance of exposing religious persecution and the need to reach out and engage governments and educate them on these important points.

The nominee for Ambassador-at-Large for International Religious Freedom, Rashad Hussain, has an impressive background which includes serving as the Director for Partnerships and Global Engagement at the National Security Council, Senior Counsel at the Department of Justice’s National Security Division, and the U.S. Special Envoy to the Organization of Islamic Cooperation (OIC) during the Obama Administration.

“The United States should ALWAYS have a dedicated, passionate Ambassador holding the position of the Ambassador for International Religious Freedom,” said Matias Pertulla, the Director of Advocacy at International Christian Concern.

Nadine Maenza, Chairperson of the US Commission on International Religious Freedom (USCIRF) discussed the designation of countries of particular concern (CPC’s). (https://www.uscirf.gov/) The US State Department also lists countries that have problems with religious freedom issues as CPS’s annually. USCIRF recommends 14 countries as countries of particular concern. Maenza cited Egypt as a country that should be labelled as a CPC. While noting some improvements in Egypt, she also cited blasphemy laws which are used to arrest and persecute religious minorities there. The website, USCIRF.gov has information on the religious freedom challenges in various countries.

Another priority discussed was a proposal from Senator Thom Tillis (R-NC) and Senator Chris Coons (D-DE) to create a Human Rights Commission in the Senate to work on religious freedom and other human rights issues. Senator Tillis noted that the House of Representatives has a Human Rights Commission and the establishment of a similar commission in the Senate would elevate the issues. As an example, Senator Tillis stated, “People need to know how the Ugyhurs are being abused in China and they should know that when purchasing goods.” He explained that if there were a Senate Human Rights Commission, it would have full time staff working on such issues “every hour and every day.” Senator Tillis also spoke of his work with non-profit groups, the State Department, and the US military to get religious minorities out of Afghanistan. He urged the establishment of a pipeline to continue to get people who are in danger from the Taliban out of the country.

Reverend Susan Taylor of the Church of Scientology National Affairs Office, one of the founding participants of the IRF Roundtable in 2010, introduced the Chairman of the IRF Roundtable, Greg Mitchell. Rev. Taylor noted that “All faiths are a minority someplace in the world and are experiencing some kind of persecution. Civil society and government leaders must establish workable IRF Roundtable models to help end the persecution of members of all faiths and those of no-faith.”

Greg Mitchell in addition to talking about the importance of the Ambassador-at-Large for International Religious Freedom, spoke about the Pew Research studies which show an increasing intolerance for religious freedom around the globe. The same studies show that countries with the highest religious freedom also have the highest GDP and highest freedoms in other areas of their society. “Religious freedom needs to be seen by those countries as the positive it can be,” said Mr. Mitchell.