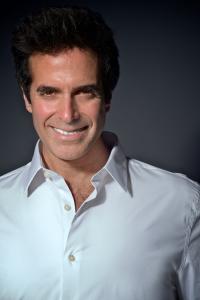 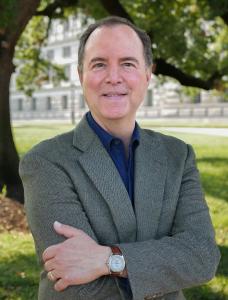 US Representative Adam Schiff chronicles democracy’s darkest hours in “Midnight in Washington” in a conversation with Larry Wilmore. 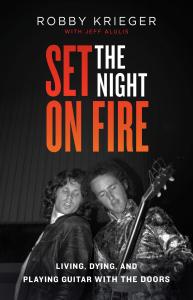 Legendary guitarist Robby Krieger of The Doors recalls his career in an upcoming conversation about his memoir “Set the Night on Fire.”

We are looking forward to hosting these notable authors and are grateful to have access to them virtually.

"We are looking forward to hosting these notable authors and are grateful to have access to them virtually," said Live Talk LA's founder/producer Ted Habte-Gabr on this month's offerings.

David Copperfield, hailed as the greatest illusionist of our time and as the most commercially successful magician in history, will talk about his new book "David Copperfield's History of Magic." This event premieres on October 28, 2021 at 6pmPT. For more than 30 years, Copperfield has curated a private museum dedicated to preserving the history and art of magic. With this new book, Copperfield shares his unique collection with fans and readers for the first time. Tickets include the opportunity to watch the event on demand for 72 hours after.

United States Representative Adam Schiff from California's 28th Congressional District issues a clarion call with his new book "Midnight in Washington: How We Almost Lost Our Democracy and Still Could." Representative Schiff's conversation with Larry Wilmore premieres on October 20, 2021 at 6pmPT. As the congressman who led the first impeachment of Donald J. Trump, Schiff offers a vital inside account of American democracy in its darkest hour. He also warns that the forces of autocracy unleashed by Trump remain as potent as ever. Wilmore is perhaps best known as the host of Comedy Central's "The Nightly Show with Larry Wilmore," which ran for almost two years. Currently he hosts "Larry Wilmore: Black on the Air" for The Ringer Podcast Network.

Legendary Doors guitarist Robby Krieger opens up about his band's meteoric career in the tell-all "Set the Night on Fire: Living, Dying and Playing Guitar with the Doors." Talking to Krieger in this event which premieres October 12, 2021 at 6pmPT will be his co-author Jeff Alulis. Few bands are as shrouded in the haze of rock mythology as The Doors, and through a series of vignettes, Krieger takes readers back to where it all happened. There are many never-before-told stories from The Doors' most vital years and Krieger goes into heartbreaking detail about his personal struggles while sharing humorous anecdotes. Krieger was named among the "100 Greatest Guitarists" of all time by Rolling Stone magazine, awarded a Lifetime Achievement Grammy and inducted into the Rock & Roll Hall of Fame.

Renowned cognitive scientist Steven Pinker offers a primer in logical thinking in his newest book "Rationality: What It Is, Why It Seems Scarce, Why It Matters." Pinker, a prize-winning experimental psychologist who focuses on cognition, language and social relations, helps us to understand why there is so much irrationality in the world today. How can a species that developed Covid-19 vaccines in less than a year also produce so much fake news, medical quackery and conspiracy theorizing? His conversation with historian and author Niall Ferguson premieres on October 13, 2021 at 6pmPT. In "Rationality" Pinker shares his ultimate message of positivity that humans, who have demonstrated throughout history its ability to use the powerful tools of reasoning to enrich lives, will use rationality again to create better choices for society in this uncertain time.

Please visit Live Talks Los Angeles for more information on each specific event and to purchase tickets, as well as learn about upcoming events in November.

ABOUT LIVE TALKS LOS ANGELES
Live Talks Los Angeles curates and produces on-stage conversations featuring writers, filmmakers, actors, musicians, humorists and comedians, chefs and thought leaders in business and science in various venues in Los Angeles. Live Talks Los Angeles launched in May 2010 at a local art gallery with 18 talks that year. Since its inception, LTLA has presented over 350 events, and its videos have been seen in 156 countries with over 15 million views via YouTube, Vimeo and also on Facebook.