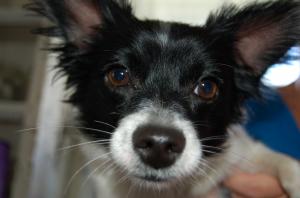 This strong bipartisan appeal for the CDC to rescind its policy to ban dog imports from 113 countries is just the latest indicator that Congress is fed up with the agency on this issue.”
— Marty Irby, executive director at Animal Wellness Action

WASHINGTON, DC, USA, September 28, 2021 /EINPresswire.com/ — Last night, 57 bipartisan Members of the U.S House of Representatives, including 35 Democrats and 22 Republicans, sent a letter to leadership at the Centers for Disease Control and Prevention (CDC) urging the agency to rescind its abrupt suspension of canine imports from 113 countries, effective on July 14th. In the letter, the Members called on the agency “to work with stakeholders to create a solution that protects public health but also allows responsible members of the pet rescue community to continue their work.”

The letter –led by Reps. Ted Deutch, D-Fla., and Brian Fitzpatrick, R-Pa., and backed by Bunny’s Buddies and Animal Wellness Action – comes on the heels of a House-passed amendment conceived by Animal Wellness Action, and led by Reps. Kathleen Rice, D-N.Y., Fitzpatrick, and Kurt Schrader, D-Oregon, designed to fund better inspections and streamline operations fulfilling the CDC declaration in the federal register that more resources must be provided for FY22 to lift the ban on canine imports from 113 countries.

“This strong bipartisan appeal for the CDC to rescind its policy to ban dog imports from 113 countries is just the latest indicator that Congress is fed up with the agency on this issue,” said Marty Irby, executive director at Animal Wellness Action. “We applaud Reps. Deutch and Fitzpatrick and every Member of Congress who joined in recognizing that our military heroes, diplomats, and other citizens overseas should not be forced to separate from their pets and break their bonds.”

“The entire Bunny's Buddies community is so grateful to see so many animal lovers come together to fight for what these dogs deserve! There are so many great rescue groups that want to do the right thing, by both local and international rescues, and this letter from Congressmen Deutch and Fitzpatrick gives us all some real hope! We are celebrating this big win and will continue to fight for reputable group's right to import these dogs,” said Amanda Jo, Founder of Bunny’s Buddies.

"The CDC ban does not recognize the complexities of international dog rescue transport," said Rep. Ted Deutch, D-Fla. "We can protect public health while allowing rescue groups to continue their work. American families should be able to save animals from abroad, as long as we guarantee they do not carry any diseases that pose a threat to those families or to their other furry friends."

“The ban on the importation of dogs into the United States from over 100 countries threatens the welfare of would-be adopted dogs who are subjected to horrific, inhumane conditions in foreign countries,” said Rep. Brian Fitzpatrick, R-Pa. “If international pet rescue organizations are unable to resume their work, the future for the majority of these vulnerable and abandoned animals is grim. I am committed to working with my bipartisan colleagues and the CDC to find alternate solutions to safely and efficiently import rescue dogs into the United States so that they have a chance at a better life and an opportunity to find a forever home.”

“This decision, made without consultation with stakeholders, has caused chaos, financial hardship, and emotional turmoil for members of our military, foreign service, U.S. citizens, and charities,” said Jennifer Skiff, director of international programs at Animal Wellness Action and the Center for a Humane Economy. “Those affected have spoken and Congress is now acting, for a second time. We thank them and request the CDC act expeditiously to get dogs home.”

“The CDC’s decision has left 120 of our dogs – all dog meat trade survivors – stranded in China with no way to get home to the American families who have adopted them,” said Jackie Finnegan, Vice President & CEO of USA Operations at No Dogs Left Behind. “Thank you to everyone who reached out to their representatives to speak out against the CDC’s decision. We are grateful to the Members of Congress who listened and signed their name to this letter.”

"U.S. adoptions are a lifeline for many rescue groups working around the world. The CDC's far-reaching ban puts an undue financial strain on these organizations operating on shoe-string budgets, forcing them to turn away animals in desperate need. These rescue dogs provide vital mental health support for individuals, especially for U.S. service members on long deployments,” said Lori Kalef, Director of Programs, SPCA International. "SPCA International has helped to safely bring more than 600 such dogs into the United States to live with their service members; leaving these dogs behind would mean imminent death. We urge the CDC to develop a new policy that would continue to protect U.S. citizens without putting rescued dogs abroad in danger."

This bipartisan letter also seeks to streamline inspections and the process for importing canines into the U.S. The lives of thousands of dogs at risk in foreign nations are in even greater jeopardy because of an overreaching action by the Center for Disease Control (CDC) to severely restrict imports of dogs from 113 countries.

Many of these nations have undeveloped animal care programs, and private humanitarian efforts originating in the United States are a lifeline for tens of thousands of dogs every year. Much of that work is in jeopardy because of the CDC rule. American animal welfare charities have dogs who have been vetted and vaccinated against rabies who have been pre-adopted by U.S. families and were expected to fly this summer. The charities have not been granted exemptions to bring them home.

This is a case of CDC not doing a proper risk assessment. The CDC estimates 1 million dogs are imported into the United States annually, but from 2015 until the suspension was announced in June, there were only three cases of canine rabies that entered the country and each of those was from Egypt. The U.S. has live wildlife markets and mink farms – both of which pose immediate threats to public health because of their capacity to spill over zoonotic diseases to people and wildlife — CDC should focus more energy on addressing those problems.

Animal Wellness Action (Action) is a Washington, D.C.-based 501(c)(4) organization with a mission of helping animals by promoting legal standards forbidding cruelty. We champion causes that alleviate the suffering of companion animals, farm animals, and wildlife. We advocate for policies to stop dogfighting and cockfighting and other forms of malicious cruelty and to confront factory farming and other systemic forms of animal exploitation. To prevent cruelty, we promote enacting good public policies, and we work to enforce those policies. To enact good laws, we must elect good lawmakers, and that is why we remind voters which candidates care about our issues and which ones don’t. We believe helping animals helps us all.