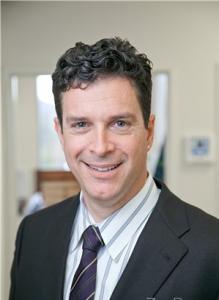 LOS ANGELES, CA, UNITED STATES, September 21, 2021 /EINPresswire.com/ — A man was arrested for allegedly stabbing and killing another man who intervened in a dispute between the suspect and his girlfriend at a homeless encampment in Brentwood near the West Los Angeles Veterans Affairs Medical Center Wednesday morning. The fatal stabbing was reported at about 6:40 a.m. in the 11600 block of San Vicente Boulevard, according to the Los Angeles County Sheriff's Department.

Celebrity dentist and Navy veteran, Dr. Jay Grossman, has some strong thoughts on this matter and believes officials need to get serious about the homeless crisis. "On the same corner that Homeless Not Toothless started 10,000 days ago (28+ years), across the street from the VA hospital is West Los Angeles, we have morphed from one person with a sign saying “will work for food, please help a veteran”, to an encampment of hundreds of homeless veterans sleeping on the street in tents draped with the American Flag," states Grossman.

Deputies found the victim with at least one stab wound and transported him to a hospital, where he was pronounced dead. A preliminary investigation revealed the suspect was in a dispute with his girlfriend when the victim intervened and was stabbed, sheriff's officials said in a news release. The woman was not injured. L.A. City Attorney Mike Feuer, who is running for mayor, held a press conference outside the homeless encampment and called on the county to house the homeless veterans. He wants the encampment to be permanently removed from the street.

Grossman continues, "Considering the US has authorized over $100 million dollars in emergency funds for Afghan refugees, the question is apparent, why are we not putting resources into those who have fought for our freedom? Not only are local business impacted by the homeless sleeping on the streets, unable to walk the sidewalk because it is literally closed off with tents, but the sanitary conditions of this block of Brentwood is abhorrent. And now, we had a man stabbed to death in the encampment."

The suspect was detained at the scene by authorities and later taken to a hospital for medical clearance so he could be booked into jail, according to the sheriff's department. No weapon was retrieved from the scene. The names of the suspect and victim have not been released.

"What will it take for us to take care of others, to be kind to others, to stop the exorbitant number of veterans with untreated PTST, and a suicide rate that is a multiple of the general population. I am thrilled with the over $7-million dollars of free dental care Homeless Not Toothless has provided over the nearly 3-decades of service to those in need, and, much more needs to be done," concludes Grossman.

Dr. Jay Grossman and his Concierge Dentistry team’s goal has always been simple: to deliver the finest dental care available. Using state-of-the-art dental technology, they have provided modern imaging capabilities that allow their patients to clearly see the reasons for procedures and the intended results. They recognize that patients are individuals with different goals and needs, and they strive to provide a soothing and educational environment where extraordinary results are realized.