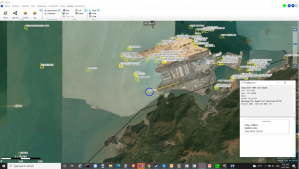 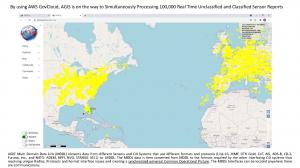 Simultaneous Processing of Up To 100,000 Sensor Reports 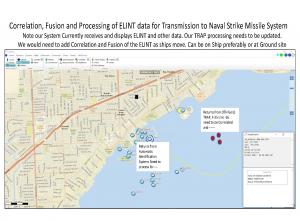 There has been no C4I system in the world capable of handling these intelligence loads – until now.

WASHINGTON, DC, US, September 14, 2021 /EINPresswire.com/ — The profusion of real time commercial and classified intelligence sensor data is growing at an exponential rate. In the commercial area there are 10,000+ of ship reports being received, 10,000+ aircraft location reports, 10,000s of commercial satellite ELINT reports, 1,000s of near real time every 4-hour satellite IMINT reports.

With an increasing number of military UAVs reporting ELINT, photograph and video reports are being transmitted by an ever-expanding number of U.S. and allied military satellites providing intelligence information. The U.S. NRO alone put 12 new payloads into orbit in 2020, and there is no C5I system in the world capable of handling these ever growing intelligence loads.

The good news is that with Multi Domain Data Link (MDDL), AGIS is now able to deliver a C5ISR system that enables the synchronization and processing of tens of thousands of real time Satellite and UAV sensor reports being received from both unclassified and classified sources into the appropriate military data links providing an integrated C5I COP to most C4I systems. This convergence includes an array of Ground, Air, Marine and Space based sensors.

In handling this explosion of sensors, the MDDL Cloud C5I system allows Multi Domain Joint Service operations to seamlessly display and securely share information from around the globe while simultaneously being able to communicate with hundreds of users.

This system has been developed to gather and process sensor and C5I data feeds in such a way that the data is fused and then parsed into groups that need to focus on appropriate subsets of the growing amounts of information. MDDL has opened up the aperture of sensors by converting relevant data for translation and intelligence processing between interfacing U.S. and NATO C5I systems and synthesizing all this relevant information into a understandable converged platform. MDDL further enables the synchronization of other sovereign C5ISR systems in the AOR by integrating both the sensor data and different data link standards so that all can have a common synchronized real time Common Operating Picture.

Situational Awareness is enhanced when operators have a system that can handle large amounts of sensor information. It matters when operators have sensor information that is significant to them, integrated into a C5ISR COP that also displays other participants as symbols on the map. Operators can therefore communicate with other by simply touching the screen symbols and in this way they build a common AOR knowledge as they are also able to share additional information by simply adding text and photograph attachments to symbols they all see. Being able to Transmit/Receive constantly shifting and relevant information in real time does improve everyone’s situational awareness and is potentially of lifesaving value to both the operators and to the mission.