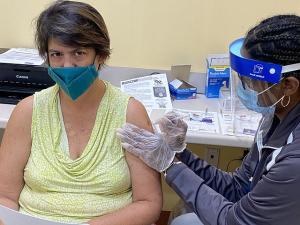 A photograph of a person receiving a vaccine against COVID-19 Source: Wikimedia Commons 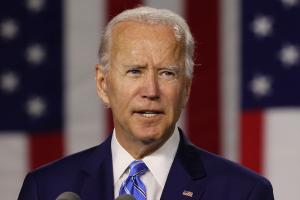 The Libertarian Party of NY opposes Biden's vaccine mandates that require many workers to undergo medical treatment and to disclose private health information.

These decrees require disclosure of protected health information against one's will and mandate a medical treatment without regard for personal choice or circumstance.”
— Cody Anderson

ALBANY, NY, UNITED STATES, September 13, 2021 /EINPresswire.com/ — President Joseph Biden last week issued two executive orders, requiring vaccination against COVID-19 for federal workers in the executive branch and federal contractors. He also announced that the Department of Labor is developing an emergency rule requiring businesses with 100 or more employees to ensure their workers are vaccinated or tested on a weekly basis.

The Libertarian Party of New York was quick to denounce these measures. Cody Anderson, chair of the LPNY, articulated the party's position.

"These federal mandates are an abuse of presidential power,” Anderson explained. “They are a blatant infringement upon the individual’s right to guide their own health care. These decrees require disclosure of protected health information against one's will and mandate a medical treatment without regard for personal choice or circumstance."

Anderson said, "Like the HHS eviction moratorium imposed by the previous administration, the Department of Labor’s proposed emergency rule is government overreach of the worst kind. This latest policy harms business owners by making them spend time and treasure enforcing tyrannical government edicts. This autocratic approach was used by former Governor Cuomo and caused thousands of businesses across New York State to permanently close since March 2020. Biden’s policy will put gainfully employed people out on the street, further hamper an already reluctant labor force from returning to work, and wreck the national economy. Furthermore, this overly broad mandate does not take into account virtual and geographically distributed companies with no physical or heavily staffed location."

Anderson said, "Lastly, Biden’s policy announcements disproportionately impact minority communities and reflect a failure to recognize the historical reasons causing many people of color to have a distrust of the government. Considering that vaccination rates in minority communities are closer to 40%, while the vaccination rate in the Caucasian population is over 60%, it’s ironic that white Democrats are celebrating a policy that will put many minorities out of a job. If Biden’s policies were truly based on science, rather than on politically motivated hysteria, he wouldn’t have exempted postal employees from this directive. Common sense and rationality do not exist in the White House and, accordingly, is not reflected in its dictatorial policies.”