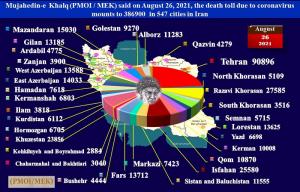 (NCRI) and (PMOI / MEK Iran): Tehran University of Medical Sciences: The number of people who have received two doses of the COVID-19 vaccine is less than 4% of the population. One hundred countries have a better situation than us. 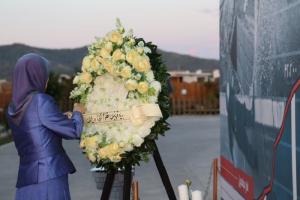 (NCRI) and (PMOI / MEK Iran): Mrs. Maryam Rajavi, emphasized that most of the COVID-19 disaster was preventable. The corrupt system of Velayat-e-Faqih is directly responsible for these deaths. This is a crime against humanity, and Khamenei and the regime’s leaders. 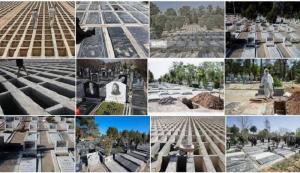 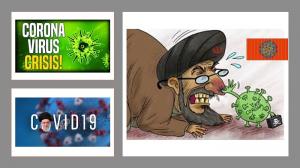 (NCRI) and (PMOI / MEK Iran): The regime’s cruel Covid-19 policy is exacerbating Iran’s Covid-19 disaster, which is now being recognized and acknowledged by state media and officials. 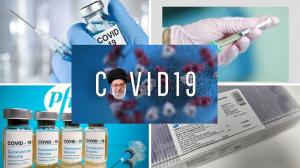 (NCRI) and (PMOI / MEK Iran): Ali Khamenei, explicitly stated at the start of the pandemic that he intended to turn the Covid-19 “test” into a “blessing” for his rule. Khamenei demonstrated that the blessing he meant was nothing more than prolonging his regime’ 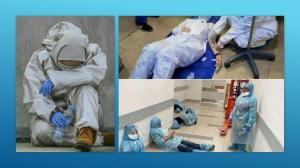 (NCRI) and (PMOI / MEK Iran): Nurses and Doctors in hospitals are under tremendous pressure due to hard work in the coronavirus crisis in Iran. 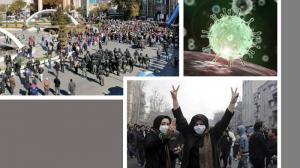 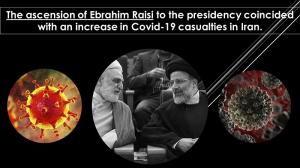 (NCRI) and (PMOI / MEK Iran): The ascension of Ebrahim Raisi to the presidency coincided with an increase in Covid-19 casualties in Iran.

The countless number of people killed by the coronavirus in Iran, leaving thousands of our compatriots grieving every day, are heart-wrenching.

Khamenei fears the eruption of more uprisings. To close ranks against popular protests, he opened the path for spreading the coronavirus in Iran and installed Ebrahim Raisi, the henchman, as president”
— Hamid Enayat

PARIS, FRANCE, August 27, 2021 /EINPresswire.com/ — The National Council of Resistance of Iran (NCRI), and the People’s Mujahedin of Iran (PMOI/MEK), reported that the coronavirus death toll in 547 cities surpasses 386,900.

More than 2000 Iranians died from Covid-19 during the past 24 hours. Around the same time, large segments of the country entered into their latest government-imposed lockdown.

The mitigation measures, scheduled to last six days, include zero financial support for a financially beleaguered population, and will most likely be only weakly enforced.

That weakness appears all the more negligent when viewed in context with the regime’s recent willingness to open fire on crowds and conduct mass arrests to disrupt public demonstrations against various government policies and practices.

The Islamic Republic is presently in the midst of its fifth wave of coronavirus infections. The peak of that wave may still be some weeks off.
Authorities previously made concerted efforts to blame U.S. sanctions for the severity of the crisis. Over time it has become clear the sanctions are not preventing the import of vaccines or other life-saving drugs.

American philanthropists attempted to donate tens of thousands of vaccine doses to Iran soon after they become available. Supreme Leader Ali Khamenei prevented the deal from being concluded when he announced that no American or British-made vaccines would be permitted for distribution to Iranians.

As a direct consequence of this obstructionism, Iran has struggled to get beyond a vaccination rate of three percent. Furthermore, existing vaccination records skew heavily toward the wealthy and the well-connected. Khamenei tasked corrupt entities affiliated with the Islamic Revolutionary Guard Corps to handle vaccine distribution.

After being assured by the Health Ministry that vaccinations would be free, Iranians found that many of the available doses were making their way to the black market, where they appeared with prohibitive price tags of up to 1,350 dollars each.

Khamenei’s propaganda was further dismantled this month when the head of Tehran’s Covid-19 committee spoke to state media outlets and broke away from aspects of the official narrative.

Dr. Alireza Zali said, among other things, that limitations on the import of foreign vaccines were neither imposed upon the Islamic Republic nor motivated by genuine concerns among the regime’s leadership but were the result of cost-cutting measures.

Those measures reflect the same stinginess and self-serving priorities that prevented the regime from offering significant material support to the civilian population during any of the lockdowns. Whereas apologists for the regime would no doubt be quick to blame that lack of support on U.S. sanctions as well, this narrative falls apart since Tehran’s funding of foreign proxies, ballistic missile development, and nuclear provocations have not diminished.

The regime continued its repressive measures and force-projection without abatement while maintaining a substantial cushion of reserve capital in the form of so-called religious foundations and regime-linked business entities.

The National Council of Resistance of Iran (NCRI), a coalition of pro-democracy opposition groups, has long emphasized that Iranian authorities have the means to help the people through the coronavirus pandemic but lack only the will.

Supreme Leader Khamenei and the IRGC are each reported to control hundreds of billions of dollars in assets. Some analyses show that the IRGC’s activities, through front companies, account for the vast majority of Iran’s GDP.

The NCRI also insists that such hardline entities are far too preoccupied with preserving and expanding their power to have any interest in spending significant quantities of those resources on the needs of the Iranian people.

The coalition has highlighted comments from the supreme leader who described the pandemic as a “blessing” to suggest that he has been deliberately prolonging the crisis to forestall public unrest that might lead to the ouster of the theocratic dictatorship.

In January 2018, the Islamic Republic was rocked by a nationwide uprising that encompassed over 100 cities and towns while bringing provocative slogans like “death to the dictator” into the mainstream. In November 2019, a similar uprising broke out spontaneously across nearly 200 localities and presented the regime with so great a challenge that authorities responded by opening fire on crowds and killing 1,500 people in a matter of days.

Nonetheless, countless Iranians were back out in the streets of more than a dozen provinces the following January, and the pattern of uprisings only seemed to pause after the first coronavirus outbreaks spiraled out of control.

While those outbreaks kept the unrest in check for a time, the effect seems to have diminished in recent months, especially after the June 18 “election” of notorious human rights abuser Ebrahim Raisi as the regime’s next president. In a recent statement on its official website, the NCRI suggested that Iranians have become keenly aware of the regime’s disregard for their rights and well-being in the wake of that election.

Mrs. Maryam Rajavi, the President-elect of the National Council of Resistance of Iran (NCRI), “The countless number of people killed by the coronavirus in Iran, leaving thousands of our compatriots grieving every day, are heart-wrenching for any freedom-loving and conscientious human being.”

Khamenei fears the eruption of more uprisings. To close ranks against popular protests, he opened the path for spreading the coronavirus in Iran and installed Ebrahim Raisi, the henchman of the 1988Massacre, as president.