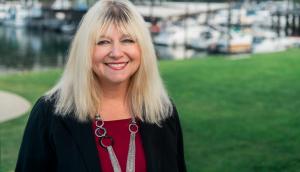 WASHINGTON, DC, UNITED STATES, August 27, 2021 /EINPresswire.com/ — On August 26, 2021, the American Mideast Coalition for Democracy met with Elizabeth Kreiselmaier who is attempting to flip a seat which has been in Democrat hands since 1965 and which spans six counties in Washington state. This is Ms. Kreiselmaier’s second run for this seat. During her first run, in 2020, she received more votes than any Republican had ever received (40.5%), won two counties outright, and outperformed President Trump by 2 percentage points overall. AMCD believes this seat is ripe for Republican plucking.

Ms. Kreiselmaier’s opponent, Derek Kilmer (D), engages in what she calls “Santa Clause economics” and promises everything to everybody. In reality, Mr. Kilmer has done very little during his 8+ years in office. Ms. Kreiselmaier refers to him as “Pelosi’s puppet” and “Do nothing Derek.” She believes her district is not nearly as left-leaning as some other districts in her state and, in fact, is much more pragmatic. She has had many conversations with people who have voted Democrat for years, but who are now considering voting Republican. Kreiselmaier is we positioned to take advantage of this shift, as she herself started her political life as a Democrat from California’s ultra-liberal Bay Area. She describes the Democratic position as full of “deception, distraction, and destruction” in contrast with her position as “Christian, conservative, and constitutionalist.”