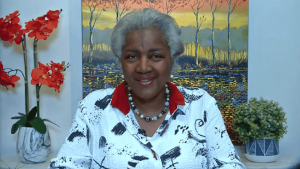 PMOI / MEK Iran) and (NCRI): During the Free Iran World Summit 2021, held virtually in July, Donna Brazile, the former Chair of the United States Democratic National Committee, spoke out in support of the National Council of Resistance of Iran (NCRI). 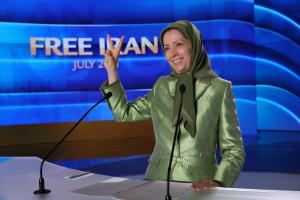 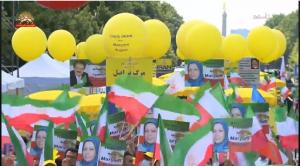 PMOI / MEK Iran) and (NCRI): The first day of the Free Iran World Summit 2021 – Online summit of Iranians from 50,000 locations in 105 countries, including gatherings in 17 countries. 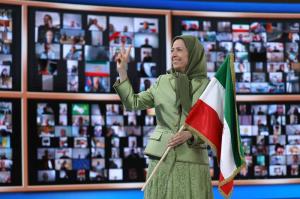 PMOI / MEK Iran) and (NCRI): Maryam Rajavi: Khamenei, Ebrahim Raisi, and other perpetrators of the 1988 massacre should be put on trial for crimes against humanity and genocide. UN Security Council must set up this trial. 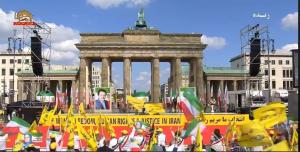 PMOI / MEK Iran) and (NCRI): The Iranian regime will never abandon its project to acquire atomic bombs, export of terrorism, and warmongering. 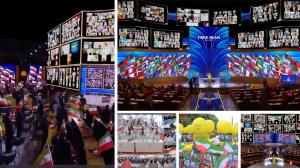 PMOI / MEK Iran) and (NCRI): To preserve peace and security, this regime should be subject to international sanctions under Chapter VII of the UN Charter, and the Iranian people’s struggle for regime change for freedom and equality must be recognized. 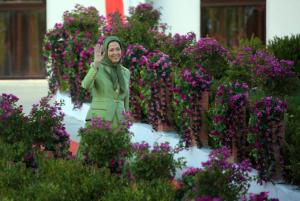 PMOI / MEK Iran) and (NCRI): Free Iran World Summit-2021 commenced with the participation of Iranians and supporters of the resistance from more than 50,000 locations in 105 countries and the presence of thousands of members of the MEK. 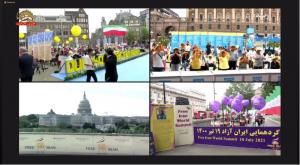 PMOI / MEK Iran) and (NCRI): Mrs. Rajavi added, our will and that of our people can be summed up in these three words: freedom, democracy, and equality.

The Iranian people and the opposition movement (NCRI), which are seen as the only viable alternative to the current theocratic and authoritarian regime.

The NCRI has shown humility and persistence in seeking a nuclear-free Iran and a nuclear-free world and showing courage and leadership in the face of the religious tyranny perpetrated by the regime. ”
— Hamid Enayat

During the Free Iran World Summit 2021, held virtually in July, Donna Brazile, the former Chair of the United States Democratic National Committee, spoke out in support of the National Council of Resistance of Iran (NCRI). She noted how the NCRI has thrived over forty years, despite all the mullahs' regime's efforts to discredit and eliminate it.

"This gathering is more than a band of brothers or a stronghold of sisters. It's a fellowship of family. Of a people who believe in human rights and freedom for all," said Brazile.

The NCRI and its supporters have shown humility and persistence in seeking a nuclear-free Iran and a nuclear-free world and showing courage and leadership in the face of the religious tyranny perpetrated by the regime.

Brazile noted that two men, a Democrat and Republican, both showed support for the NCRI. "We should mention these men because – despite their different upbringings and the current difficulties to bridge political differences in working together – they represented the bipartisan spirit in the United States Congress and public life," said Brazile. She noted that both John Lewis and John McCain supported the efforts of the Iranian people to have the same freedom to political debate and finding the path forward for a free Iran.

As long as the Iranian people are denied their fundamental human rights, it reflects on the international community. "You have stood up and fought and sacrificed for freedom, for the right to live free, for the right to determine your own future, for the rights that are God-given," said the former U.S. Senator John McCain in April 2017.

Both of these men saw the work by the Iranian people and the NCRI as a greater struggle for human rights and universal equality, where individuals can have a voice in their government and live by their faith and convictions. She also quoted Martin Luther King, Jr., noting that the arc of the moral universe might belong, but it bends towards justice.

"Freedom must be won by the people who yearn to live in a society where everyone, including women and girls, everyone is treated with decency and respect," said Brazile. "We will draw inspiration from your courage and your persistence and will stand with you, and we will be with you that day we can gather in that square."

In her concluding remarks, Brazile also praised the efforts of Maryam Rajavi, the President-elect of the NCRI. The gathering was attended by Iranians worldwide, along with supporters of the Free Iran movement and members of the NCRI.

In light of the recent trials of Iranian officials, it is clear that the international community is moving down a path of holding the regime accountable for its actions against the Iranian people and the global community as a whole. Brazile's comments also reflect a growing sentiment within the U.S. that supports the Iranian people and the opposition movement, which is seen as the only viable alternative to the current theocratic and authoritarian regime.

The latest actions by the regime prove that the Iranian people are not their top priority, as Khamenei refuses to import COVID-19 vaccines, leaving his people to die from the virus. Instead, the focus is on avoiding any possible uprising by suppression and allowing the virus to run wild.

As the support for the NCRI and the Iranian people grows, the regime will only increase its efforts to suppress its people. Its foreign policy moves will continue to reflect that desperation.