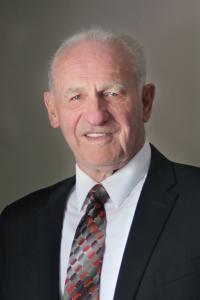 POCATELLO, IDAHO, UNITED STATES, August 19, 2021 /EINPresswire.com/ — The United States Constitution was written keeping in mind the protection of the American citizens from the tyrannical government and oligarchs that misused their power and riches to dictate and control the lifestyle of the people who sacrificed their blood and soul for the country.

However, over the years, the ordinary citizens of the United States of America have forgotten their rights granted to them by the constitution set by their great forefathers. They have become slaves of thoughts implanted in their minds through the unrighteous dominion of the ones having the authority.
Entrepreneur, Social Activist, law enthusiast, and inventor, Garry Isaacs’s latest book, Standing up to the Coup, is in summation; a literary masterpiece that Garry has created to pinpoint the flaws in the implementation and understanding of the Constitutional Law of the most prominent country in the world.
While mainly being factual, formal, and technical, Garry's tone conveys a picture-perfect reflection on the condition of the Americans.

From the author’s first encounter with the violation of the constitutional law to the despotism exhibited by the governments, Isaacs has used factual information and his personal experiences to encourage the Americans to stand up for their constitutional rights, and overcome the oppression of the ones that have gone far and beyond to drift the country away from its founding ideology.

From an American’s point of view, Isaacs’s “Standing up to the Coup” is the perfect code and conduct that they can follow to stand against the Coup, using nothing but his/her constitutional rights.

From the technical point of view, Garry has masterfully highlighted almost every core area of life and linked it to human rights and how Americans can stand up for themselves in almost every field of life without the help of professionals.

“Being free is demanding, and it requires defending freedom for families, friends, and your American neighbors from the political point of view,” the author perfectly narrated the problems that persist within the current and the past governments.

Garry narrows down the issue to the individual level, negating the common concept of blaming the political parties for the wrong deeds. Now, let it be known that this writer respects the rights to make choices by individuals, whatever those choices might be. However, it is imperative that before a stand can be taken, and the responsibility that comes with that stand, one must have all of the information necessary to take it with conviction. And the author's book perfectly compiles all that information in just a few thousand words.

Personally, for me, the book was really an eye-opener. From a common American’s perspective, it gave me a clear and concise insight of my constitutional rights that almost no other book managed to do.

The way the author combined different chunks of information, from his entrepreneurial ventures and technical patents to the details of his encounters with the lawmakers and the oppressors of the community, to paint the canvas of the political and constitutional infrastructure of the United States, is remarkable.

The book, according to readers, has the capacity to become the constitutional guideline for any American willing to live a free and independent life.