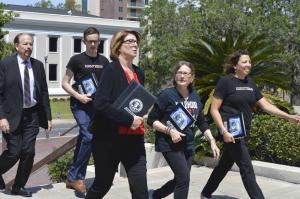 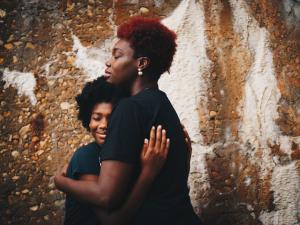 The interest of parents in the care, custody, and control of their children is recognized as a fundamental liberty protected by the Due Process Clause of the Fourteenth Amendment to the United States Constitution.

As reported by the Baker Act Reporting Center, an astounding 37,882 involuntary psychiatric examinations were initiated on children across the state. 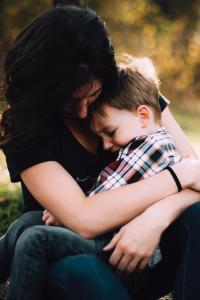 Under the Baker Act, a person, no matter their age, can be taken into custody for an involuntary psychiatric examination.

Participants will learn some of the laws governing involuntary examinations and steps to help protect foster children from abusive use of the mental health law.

CCHR is dedicated to the protection of children and has been working to restore and protect the mental health human rights of all Floridians for decades.”
— Diane Stein, President CCHR Florida

CLEARWATER, FLORIDA, UNITED STATES, August 19, 2021 /EINPresswire.com/ — Just over 4 years ago Florida made headlines when Giulianna Ramos Bermudez, 16, committed suicide. Tragically, Giulianna was the third teen to commit suicide in Florida’s foster care system in less than a year. That the Florida foster care system needs to be reformed is known and abuse within the system prompted the Florida chapter of the Citizens Commission on Human Rights (CCHR) to host virtual events to educate case workers, guardians, caregivers and foster parents the law and associated rights. [1,2]

On August 28th, CCHR will host the next free online event, titled “Foster Kids & The Baker Act”. The event is being held to bring attention to the flaws in the foster care system and how many of these children end up being sent for involuntary psychiatric examinations, called a Baker Act. [3]

The featured speaker, Mari Frankel, a Guardian ad Litem and mother of three, is also the director and producer of the documentary “Foster Shock”. Ms. Frankel produced the powerful film to expose the privatized child welfare system. The documentary gives viewers an inside look at Florida’s foster care system through the eyes of children who’ve depended on it, only to suffer more abuse, neglect and pain. [4]

During the event, those in attendance will learn about what foster children experience when they enter the system and how this relates to the the parents, guardians and caregivers. The event will also cover basic rights which are impacted by the foster care system as well as how the Baker Act is applied to foster kids and what steps can be taken to better protect these children from abuse.

“There is unacceptable and then there’s disgraceful,” said Mari Frankel. “We need to change the system to protect these children from being hurt over and over again.” [5]

The complimentary virtual event is being held on Saturday, August 28th from 1:00-2:30pm and anyone wishing to register may do so by calling (727) 442-8820. CCHR is dedicated to the protection of children and has been working to restore and protect the mental health human rights of all Floridians for decades. For information on how to protect your rights as a parent or to report mental health human rights abuse please visit www.cchrflorida.org.

Sources:
[1] Florida foster care teen kills herself, is third teen in state foster system to commit suicide in less than a year https://www.nydailynews.com/news/national/florida-foster-care-teen-commits-suicide-article-1.3381582

[3] Moved 17 times in one year and involuntarily committed 40 times: The systems that failed a Florida teen https://www.news-press.com/story/news/special-reports/2020/01/09/mental-health-foster-care-system-florida-teen-anber/2837628001/

CCHR FL – The Right to Help in Times of Crisis