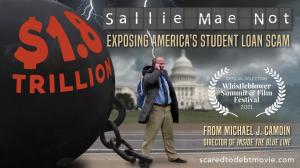 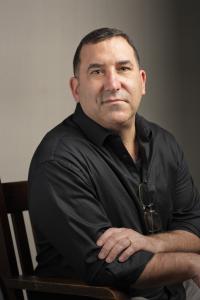 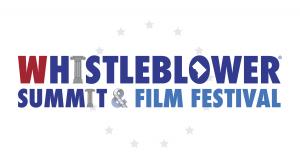 The bi-partisan issue of student loans is a hot topic on Capitol Hill. On Tuesday, August 3rd, for the first time in 12 years, the Senate Judiciary Committee headed by Sen. Richard Durbin (D-IL) held a full committee hearing on Student Loan Bankruptcy Reform. He opened the hearing recognizing borrowers like Sallie Mae Not’s Linda Navarro, a 71-year-old US Navy Veteran whose $20,000 in student loans ballooned to over $145,000 over 31 years despite making regular payments. Sen Jon Ossoff (D-GA) noted the power of personal testimonials from borrowers while GOP Sen. Chuck Grassley (R-IA) noted how borrowers too often go without proper advisement when making financial decisions. A bill S.2598 was introduced to the Senate called the Fresh Start Through Bankruptcy Act, which would amend the bankruptcy code to allow borrowers to more fairly discharge debt under certain conditions. Borrowers are encouraged to contact their Senators who have until 5:00 pm Tuesday, August 10th to offer final comments.

SALLIE MAE NOT: Exposing America’s Student Loan Scam is the untold story of how the US government gutted student loans of consumer protections such as bankruptcy and statutes of limitations leading to the skyrocketing cost of tuition and indenturing millions, especially women and people of color, into debt for decades through a predatory lending system. The film highlights the US history of student loans and sheds light on how corruption set in making student loans more profitable when in default. Seen throughout the series are borrowers’ stories of debilitating debt intertwined with whistleblowers who share insider information on the Board of Education, Sallie Mae, Wall Street, and the US government’s role in the student loan debt crisis facing 45 million Americans in $1.8 Trillion debt.

On Saturday, July 31, The Ralph Nader Radio Show featured an interview with Chicago attorney Anthony Fiorentino about his role in Sallie Mae Not and the various class action lawsuits he has filed on behalf of student loan borrowers across the country. Nader also featured in the film, discusses with Fiorentino the legislative history that gradually stripped away basic consumer protections from student loan borrowers. The conversation highlights the need for fundamental reform of the federal loan program and explains how borrowers can fight back to send a message to Congress.

In Sallie Mae Not, episode one, Rolling Stone magazine’s contributing editor Matt Taibbi discovers activist Alan Collinge, author of The Student Loan Scam: The Most Oppressive Debt in U.S. History, and How We Can Fight Back (Beacon Press, 2009) whose journey to debt freedom is the thread in all six episodes. Collinge, the founder of the non-profit Student Loan Justice, launched a petition in March 2020 that has reached over one million signatures calling for President Biden to reinstate bankruptcy protections and/or federal loan cancellation by executive order. As seen in Sallie Mae Not, Alan is a dedicated stalwart who turns from scientist to activist when he is wrongfully thrown into default by Sallie Mae. In as early as 2006, Collinge warned on CBS News 60 Minutes, “The US government continues to book a profit on defaulted loans.” When the segment aired in 2006, student loan debt was at $450 Billion; today it is at $1.8 Trillion.

Also featured in the Scared to Debt 6-part documentary series:

• Jon Oberg, former researcher and policy analyst for the US Department of Education turned NY Times whistleblower. He is one of three whistleblowers featured in Dan Moldea's 2020 book: Money, Politics, and Corruption in U.S. Higher Education.

• Bob Hildreth, former International Monetary Fund financial advisor in Latin America is the founder of the Hildreth Institute, Inversant, and La Vida Scholars, nonprofits that focus on education and immigration.

• Tom Borgers, Wall Street banker, a financial investigator, and an executive producer of the Scared to Debt documentary series.

From the Heart Productions recently awarded Sallie Mae Not the Roy W. Dean Film Grant. For the past 30 years, the non-profit organization has awarded grants quarterly to films that make a contribution to society. Director Mike Camoin will receive $3,500 cash and other donated production services to advance the 6-part series currently in post-production.