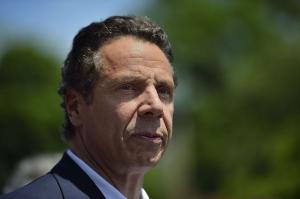 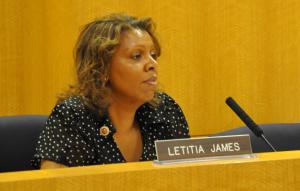 The Libertarian Party of NY joined prominent Democrats in calling for Andrew Cuomo's resignation given the alleged toxic and unsafe work environment for women.

If he has created such a toxic environment that is clearly unsafe for women in his own office, it is unconscionable to consider him a fit leader.”
— Cody Anderson

ALBANY, NY, UNITED STATES, August 4, 2021 /EINPresswire.com/ — The results of an investigation into sexual harassment allegations made against Governor Andrew Cuomo were released in a report yesterday. Detailed in that report were specific and detailed accounts of the toxic work environment created by the Governor that allowed such harassment to occur on a repeated and ongoing basis.

In an accompanying press release from Attorney General Letitia James’s office, it was announced that independent investigators appointed by her “concluded that Governor Cuomo did sexually harass multiple women — including former and current state employees — by engaging in unwanted groping, kissing, and hugging, and making inappropriate comments. Further, the governor and his senior staff took actions to retaliate against at least one former employee for coming forward with her story.”

The Libertarian Party of New York has joined with several others, including prominent Democrats, in calling for the immediate resignation of Andrew Cuomo, questioning his fitness to lead the state.

“If he has created such a toxic environment that is clearly unsafe for women in his own office, it is unconscionable to consider him a fit leader,” Cody Anderson, chair of the LPNY, explained. “He has used the power of his office to coerce those who report to him to tolerate his abusive, narcissistic behavior. His testimony to the independent investigators, which was little more than blanket denials and convenient lapses in memory, did nothing to improve that image. His statement on these allegations on Tuesday afternoon shows that he does not care about New York, and that he takes no personal responsibility for the burden his actions have placed on his victims and the taxpayers of New York State.

“It is simple: Governor Andrew Cuomo sexually harassed women on multiple occasions, and by doing so, he broke the law. When similar allegations against former Governor Spitzer were brought forward, he resigned swiftly to allow the state to heal. Rather than forcing a costly and distracting impeachment process, requiring a special session of the legislature that would put New York in more jeopardy of passing more oppressive laws, Governor Cuomo must resign immediately.”