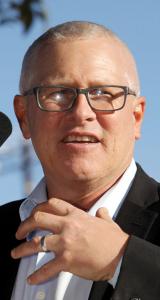 “HIS RECORD SPEAKS FOR ITSELF!” SAYS, COUNTLESS READERS

A survey of readers of the popular weekly, the digital magazine cited almost 90% who approved of the recall sighting Bonin in ineffectiveness in dealing with the homeless problem. Many other Playa Vista People readers cited a feeling of unsafety regarding increased crime in the area.

“This is an area out of control! It's disgraceful and the Councilman is a significant reason for the disaster” said longtime area resident Julia G. of Marina del Rey. “I have afraid to leave my home after dark.”

Many readers refer to Bonin as a leading cause of the homeless and crime problem in the area stating “his radical left-wing beliefs have a very misguided compassion point of view” said Doctor Lance H. of Culver City. “Drive the area. Be prepared to throw up.”