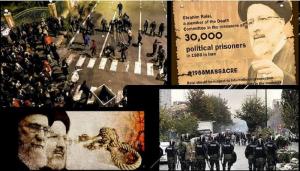 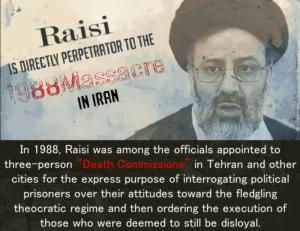 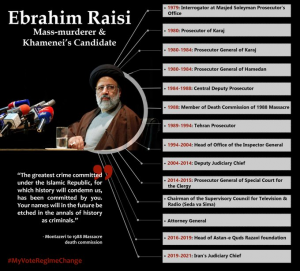 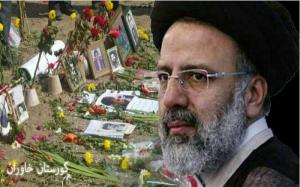 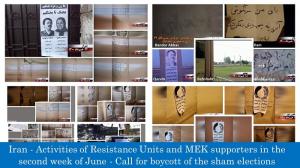 Iran – Activities of Resistance Units and MEK supporters in the second week of June – Call for boycott of the sham elections. 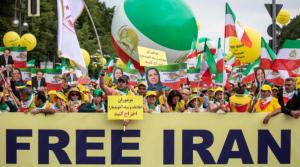 Expatriates Planning Rally To Follow up on Boycott of Iran’s Presidential Election. 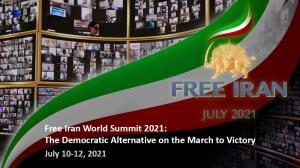 'Resistance Units' inside Iran staged public demonstrations and displayed posters and graffiti in hundreds of locations throughout the country.

PARIS, FRANCE, June 22, 2021 /EINPresswire.com/ — Iranian regime’s sham presidential election was held on Friday, and since then responses have poured in from all directions. The victor of the remarkably predictable and non-competitive race held his first press conference on Monday and seemed to respond indirectly to the criticisms that had dogged him during his campaign and had helped to fuel an electoral boycott movement that resulted in historically low turnout. But that criticism continued its outpouring from both domestic and international sources, hinting at the crises and challenges that the clerical regime may face in the forthcoming Raisi era.

The main organizer of the boycott, the People’s Mojahedin Organization of Iran (PMOI/MEK), dismissed Tehran’s estimate of voter turnout even though the regime acknowledged that fewer than half of eligible voters had participated. Based on information from more than 1,200 journalists and 400 localities, the MEK determined that the actual participation rate was less than ten percent – a result that Mrs. Maryam Rajavi, the President-elect of NCRI, called “the greatest political and social blow to the mullahs’ Supreme Leader Ali Khamenei and the ruling theocracy.”

Mrs. Rajavi also reiterated the message of regime change that underlay much of the MEK’s promotion of the boycott and suggested that the widespread participation should be recognized throughout the world as a sign that the Iranian people as a whole see no solution for their current hardships other than a solution that proceeds from regime change. From April through to last week, “Resistance Units” inside Iran staged public demonstrations and displayed posters and graffiti in hundreds of locations throughout the country emphasizing that by sitting out the election and denying the system political legitimacy, the people could “vote for regime change.”

Similar messaging had provided the major impetus for an earlier electoral boycott in February 2020, when the regime selected new members of parliament as well as various governors. In that case, also, authorities also determined that less than half of the population took part in the voting. And then as now, the MEK determined that participation rates had been exaggerated in an effort to save face.

Last year’s election and boycott took place only weeks after a carefully stage-managed celebration of the anniversary of the Iranian Revolution, but also soon after large-scale protests spanning more than a dozen provinces and taking aim at the Islamic Revolutionary Guard Corps for its downing of a commercial airliner near Iran.

Iranian activists were quick to link those protests to the momentum that had been established by two previous nationwide uprisings. The MEK and, the National Council of Resistance of Iran, have also described the electoral boycott movement as a feature of the same underlying push for regime change, and they strongly reiterated this point in the aftermath of the low-participation presidential election.

The MEK and the NCRI have been particularly critical of the “hardliner vs. reformist” narrative when commenting upon Western foreign policy. Mrs. Rajavi, other Resistance activists, and even NCRI supporters inside Western policy circles have tended to describe the nations of Europe and North America as promoting “appeasement” of the Iranian regime in hopes of empowering reformists to counter the more openly hostile political tendencies of a hardline faction. But even though this project of outreach to “reformists” supposedly paid off in 2013 with the election of Hassan Rouhani, little has changed in matters of Iranian-Western relations after eight years.

Worse still, circumstances inside Iran have arguably gotten worse in significant ways during that same period. Hardline principles like gender segregation have seen a steady increase in enforcement and the number of annual executions during Rouhani’s eight years in office was actually higher than during the previous eight years during which the presidency was held by avowed hardliner and firebrand Mahmoud Ahmadinejad. Furthermore, crackdowns on political and social dissent intensified in recent years, especially following the 2018 uprising, and even more so in the wake of the second uprising in November 2019.

In the latter instance, authorities led by the Revolutionary Guards opened fire on crowds of protesters immediately after unrest emerged simultaneously across nearly 200 cities and towns. Approximately 1,500 peaceful demonstrators were killed in this fashion in a matter of days, and more than 12,000 individuals were arrested. The judiciary followed up with systematic torture which lasted for several months.

By the time of the second uprising, the judiciary had been placed in the hands of Ebrahim Raisi, who would go on to be put forward as the only viable candidate to replace Rouhani. His role in overseeing such extensive torture made it deeply ironic when Raisi said in his post-election press conference, “I have always been a defender of the rights of the people. Human rights have been the pivotal point that I have always pursued in all my responsibilities.”

Raisi presumably had in mind the extensive condemnation of his candidacy that stemmed from his role as one of the leading figures in the Tehran “death commission” that was responsible for many of the 30,000 nationwide casualties from a massacre of political prisoners in the summer of 1988. Resistance Units and other activists groups took to referring to him as the “henchman of 1988” in the weeks leading up to Friday’s election, and this sentiment was repeated on Sunday in rallies held by Iranian expatriate communities all throughout the world to mark the “Day of Martyrs and Political Prisoners,” a commemoration of the first major uprising against the theocratic dictatorship in 1981.

That occasion effectively set the stage for the similar but more closely coordinated demonstrations that will take place from July 10 to 12. A global audience will be able to hear further details about the fallout from Friday’s electoral boycott and the underlying protest movement, as well as recommendations regarding how Western policy can respond to these things.

One can expect that “Free Iran World Summit” to emphasize that Tehran’s malign activity never diminished under “reformist” leadership and should be expected to accelerate in every substantial way now that the presidency has been handed to a known human rights violator. That being the case, the event will surely also make the case that it would be foolish of the international community not to back the movement for regime change in the wake of the boycott’s “political and social blow” to a regime that was already rendered vulnerable by years of public unrest.

Who is Ebrahim Raisi, a candidate in Iran presidenti