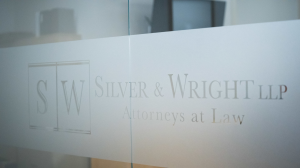 Court rules against the Institute for Justice and Morales, rendering a judgment for Silver & Wright LLP in the Morales v. City of Indio case

INDIO, CALIFORNIA, UNITED STATES, June 18, 2021 /EINPresswire.com/ — After facing six years of litigation, defamation, false narratives, and even threats, on Monday, June 14, 2021, the Court considered the claims and officially ruled against the Institute for Justice and Morales, rendering a judgment for Silver & Wright LLP in the Morales v. City of Indio case.

The City of Indio hired the firm in 2015 to assist with nuisance abatement, which included the Morales property in Indio. Morales, the landlord, illegally rented one of her eight homes to a tenant who violated a city ordinance that prohibits keeping farm animals in residential areas. After neighbors complained about the noise from these animals, the Indio Police Department issued multiple warnings to Morales, informing her that she and her tenant were violating the law. Unfortunately, those warnings were ignored and the issues were not resolved. As a last resort, the City chose to press criminal charges against Morales for her violations. The City then decided to exercise its right to recover the loss of taxpayer resources that were required to get Morales to comply with the law.

“We are good people, doing good work, to improve communities, in service to the public,” said Silver & Wright LLP Founding Partner Curtis Wright. “It is a shame that the reporters and the IFJ chose to defame us based on the representations of convicted criminals without knowing the facts, just to advance their agenda.”

The information pushed out was not only false but provided an inaccurate depiction of the case as well as code enforcement litigation in general. The facts surrounding the Morales case, which can be proven with certified court documents, are summarized below.

“Every day, I get the opportunity to work with the finest public servants in the state – city leaders and law enforcement officers – to help protect our communities and keep their residents safe,” said Silver & Wright LLP Founding Partner Curtis Wright. “Municipal codes and nuisance abatement laws help raise the quality of life in our communities. We will continue to serve California’s cities and their residents by working to better public safety and reduce hazardous conditions.”

As a law firm specializing in nuisance abatement and code enforcement, Silver & Wright LLP partners with cities as experts in their field to assist in achieving their goals of public safety, reducing blight, and recovering their enforcement costs where permitted by law and desired by the city.