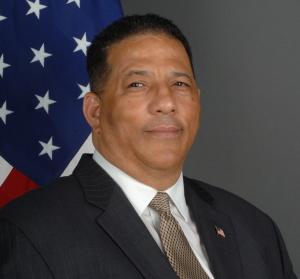 Ambassador Michael Battle served as the U.S. Ambassador to the African Union under President Barack Obama

WASHINGTON, D.C., UNITED STATES, March 3, 2021 /EINPresswire.com/ — The armed conflict in the Tigray region of Ethiopia has spiraled out of control. The daily reports of war crimes and human rights abuses occurring in Tigray have become commonplace. These reported crimes are in addition to the reported extrajudicial killings and human rights abuses already occurring in Ethiopia's Oromia region. The armed conflict in Tigray is further complicated with reports of Eritrean troops' involvement in the reported war crimes and human rights abuses taking place in Tigray. As reported by the Associated Press (AP), "Soldiers from Eritrea systematically killed many hundreds of people in a massacre late November in the Ethiopian city of Axum in the Tigray region." The crimes occurring in Tigray, while shocking, are underreported due to the Ethiopian government's blockage of the Tigray region. The AP notes that "the atrocities of the Tigray conflict have occurred in the shadows."

Based on analysis conducted as part of the Ethiopian Forum hosted by Von Batten-Montague-York, there is wide agreement that the global community, especially the African Union, needs to take action to ensure that the killings are stopped, and humanitarian aid is provided to the civilian victims of this conflict. This is why we applaud the former US Ambassador to the African Union Michael Battle's call to action. Ambassador Battle recently stated that "it is imperative that a peaceful and sustainable resolution is found to end the internal and external tensions in Ethiopia. The African Continent and the global community need a strong and unified Ethiopia to secure peace and prosperity." Ambassador Battle urged the African Union Peace and Security Council (AUPSC) and the United Nations Security Council (UNSC) to work with Ethiopia to find a sustainable solution.

Ambassador Battle's call echoes that of the US Secretary of State Antony Blinken's push for peace in Tigray. Secretary Blinken has worked to mobilize African leaders and the greater international community to push for peace in Tigray. Secretary Blinken recently spoke with the Kenyan Secretary for Foreign Affairs, Ambassador Raychelle Omamo, and urged the Kenyan government to work with the United States on the UN Security Council to address the crisis in Tigray. The newly sworn-in U.S. Ambassador to the United Nations, Linda Thomas-Greenfield, has already raised the Tigrayan crisis in a series of bilateral meetings with UN Security Council members.

Von Batten-Montague-York is a Washington, D.C based policy advisory group working with US and Ethiopian stakeholders to address Ethiopia's ongoing political and armed conflicts.

For all inquiries relating to this press release, please contact: