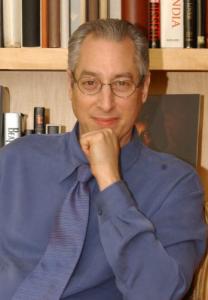 "If we have learned anything from history, it is that doing nothing is not an option. Standing by is to stand with the oppressors and against the victims."

LOS ANGELES, CA, UNITED STATES, March 3, 2021 /EINPresswire.com/ — In 2019, a 19-year-old man from New Jersey pleaded guilty to plotting with white nationalists to vandalize synagogues and minority-owned businesses. Richard Tobin faces up to ten years in jail when he is sentenced on June 28. In September 2019, vandals targeted a number of synagogues across the Midwest. Tobin ordered members of the anti-Semitic, white nationalist right-wing party The Base to distribute racist flyers, smash windows, and slash the tires of synagogue congregants.

Acclaimed Author and Educator, Joshua M. Greene, is deeply disturbed by the increase in hate crimes and has much to say on the matter. "Two tragedies operate at the core of our moment in history," states Joshua Greene. "One is a rise in racism and antisemitism that is scarily reminiscent of Europe in the 1930s. The other is the legitimate but risky compulsion to fight back. The law sanctions 'necessity,' meaning any means necessary to respond if we are aggressed upon. The law also cautions that in pursuing such redress we adhere to 'humanity,' meaning the least amount of harm possible."

One of Tobin’s co-conspirators, Yousef Omar Barasneh, previously pleaded guilty. Acting U.S. Attorney Rachael Honig said, “This defendant encouraged hateful acts of violence against individuals and their houses of worship, based solely on their religion or the color of their skin."

Joshua Greene continues, "If we have learned anything from history, it is that doing nothing is not an option. Standing by is to stand with the oppressors and against the victims. We have also learned that self-righteousness cuts both ways. I remember myself at age 19. I never vandalized a synagogue, but let’s say my faculties of discernment weren’t in full gear yet. If this young man’s guilty plea was sincere, we might think in terms of the Truth and Reconciliation Commission form of law: a move away from punitive justice to reformative, restorative justice."

"I like to keep in mind what Carl Jung once said, concludes Joshua Greene. What if I should discover that the least among them all, the poorest of all the beggars, the most impudent of all the offenders, the very enemy himself — that these are within me, and that I myself stand in need of the alms of my own kindness — that I myself am the enemy who must be loved? What then?”

Greene is the author of several acclaimed books, including the bestseller Here Comes the Sun: The Spiritual and Musical Journey of George Harrison. His book Justice at Dachau: The Trials of an American Prosecutor, was called “Riveting—destined to be a classic among Holocaust histories” by Douglas Brinkley, Presidential Historian for CNN. His renowned work on survivor testimony, Witness: Voices from the Holocaust, was the basis of a feature documentary for national PBS, named “One of the Ten Best Holocaust Film” by Facets Media. He is author of a series of Holocaust survivor memoirs for Scholastic that have sold more than a quarter million copies. Currently, he teaches Mindfulness in the Workplace for the Zarb School of Business at Hofstra University.

Greene is a former instructor of Holocaust history at Hofstra and Fordham Universities. He sits on the Board of Advisors to the Fortunoff Video Archive for Holocaust Testimonies at Yale University. While Senior Vice President for Global Affairs at Ruder Finn Communications in the early 2000s he served as Director of Strategic Planning for the United Nations Summit of Religious and Spiritual Leaders. Greene has been featured speaker at the Pentagon, the Judge Advocate Generals College, and was honored by the New York Public Library Distinguished Author series. He is a regular instructor before State Bar Associations on issues of war crimes law. He has spoken on issues of Holocaust memory for such outlets as NPR and Fox News, and his related editorials have appeared in print in the L.A. Times and the Chicago Tribune, among others.

Among his documentary films are “Hitler’s Courts: Betrayal of the Rule of Law in Nazi Germany” which aired on PBS, and “Memory After Belsen: The Future of Holocaust Remembrance” for Discovery. Among other honors he is recipient of five “Best Program of the Year” awards from TV Guide and an Emmy nomination for “PEOPLE: A Celebration of Diversity” which aired on The Disney Channel.