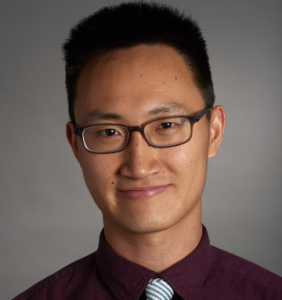 As the new administration is set to redefine our country's immigration policies, thinking carefully about the ethical dimensions of immigration will be critical.”
— Jonathan Kwan, Markkula Center for Applied Ethics

Although much of the debate on immigration over the last few decades has been framed in binary terms—one is either for or against immigration—it includes many issues beyond the question of whether states should limit immigrant admissions. For instance, once immigrants have entered a state, what rights and privileges should they have? Should unauthorized immigrants have access to a path to citizenship?

“Immigration continues to be a crucial issue, and we wanted to concentrate on this area and bring an ethics lens to an issue which is often politically charged. Jonathan Kwan is the perfect person to help us get a better grip on the ethical issues that surround immigration,” said Don Heider, executive director, Markkula Center for Applied Ethics.

"As the new administration is set to redefine our country's immigration policies, thinking carefully about the ethical dimensions of immigration will be critical,” said Jonathan Kwan, Inclusive Excellence Postdoctoral Fellow in Immigration Ethics. “Immigration, insofar as it raises questions about who should be a member of our country, has always been a matter of not only what values we hold as a democracy but also how we conceive of the identity of our country itself."

Kwan has a Ph.D. in philosophy from the Graduate Center, City University of New York. His main areas of scholarly interest include social and political philosophy, philosophy of race, feminist philosophy, Indigenous philosophy, environmental philosophy, Chinese philosophy, and Buddhist philosophy. Kwan is available to speak with members of the media on issues associated with immigration ethics. Follow the Immigration Ethics program on Twitter at https://twitter.com/MigrationEthics.

About the Markkula Center for Applied Ethics
Founded in 1986 with a seed grant and initial endowment from Linda and A.C. “Mike” Markkula Jr., the Markkula Center for Applied Ethics at Santa Clara University brings the traditions of ethical thinking to bear on real world problems. Beyond a full range of programs for the SCU community, the Center also serves professionals in fields from business to health care, from government to the social sector, providing innovative approaches to problems from fake news to privacy protection. Through its website and international collaborations, the Center brings ethical decision-making resources to a global audience. For more information, please visit: https://www.scu.edu/ethics/.