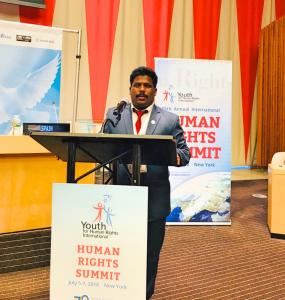 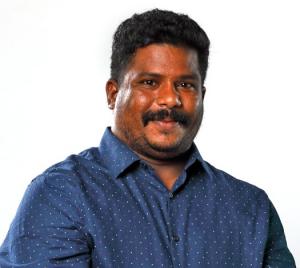 Datchanamoorthy plan to meet several thousand students and draft a 'youth policy' with a election manifesto.

Young Indians are my only hope. They Understand Diversity is our Strength! Its, not a Threat!”
— Datchanamoorthy Ramu

CHENNAI, TAMILNADU, INDIA, January 18, 2021 /EINPresswire.com/ — "Youth should be Accountable in Politics in Large Scale." This is the premise on which 29-year-old Datchanamoorthy Ramu from Tamilnadu has set off on a journey across the country, hoping to raise awareness about politics among youngsters. Under the banner of 'India2047', Datchanamoorthy has to plan to meet several thousand students, covering at least two or three colleges a day, and thereby draft a 'state youth policy' with a manifesto.

The group will walk or bicycle the entire distance, roughly amounting to 3,000 km. He is largely followed by the youth in India who consider him as a youth-driven leader who is known by ideas and the will to help the people of the Indian nation in all ways. Datchanamoorthy said "My political journey started when I was 14 after I started reading youth been left behind when its come to the term of Politics. DatchanaMoorthy Ramu an eminent youth leader of India and Founder – General Secretary of International Youth Forum, who represented India Multiple times in United Nations Headquarters. He worked with international entities like the United Nations, Commonwealth and etc., for the past few years. He also founded Two National and One International Organization. Dr Ramu has been Awarded Karmaveer Chakra, Bharat Jothi Award, and several International Awards for his work towards Empowerment of Youth. He was an Associate Fellow of the Royal Commonwealth Society. He is also a Member of Cambridge University for The Center for the Study of Global Human Movement.