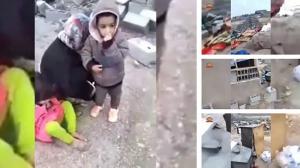 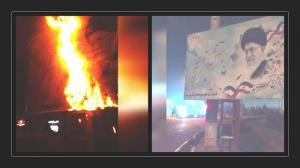 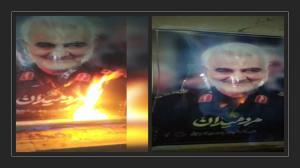 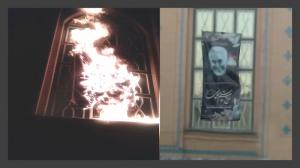 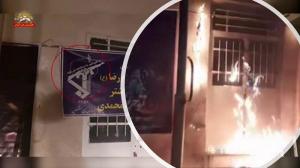 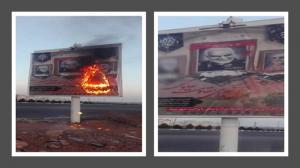 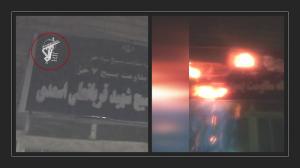 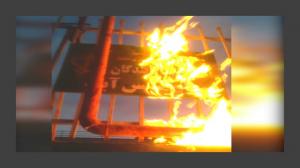 These actions were in response to the execution of three Baluch compatriots by the clerical regime’s judiciary on January 3, 2021, despite the heavy security atmosphere.”
— NCRI

The same day, the defiant youth in Tehran torched a large banner of Qassem Soleimani, the eliminated commander of the terrorist Quds Force.

These actions, carried out despite the heavy security atmosphere, were in response to the execution of three Baluch compatriots by the clerical regime’s judiciary on January 3, 2021. Two political prisoners, Hassan Dehvari and Elias Qalandarzehi, incarcerated for seven years, were hanged along with another prisoner.

On Tuesday morning, January 12, 2021, following the demolition of the home of an impoverished man in Pakdasht, defiant youths set fire to Khamenei's large banner in one of Tehran's districts. He had refused to pay bribes to the regime's municipal officials, who ruined his house at night and in the cold of winter.
The same day, defiant youths targeted a center for repression and plunder in Alborz Province, so-called the "Khomeini Relief Committee," and torched the billboard at its entrance. The shopkeeper had refused to pay ransom to the regime's municipality.