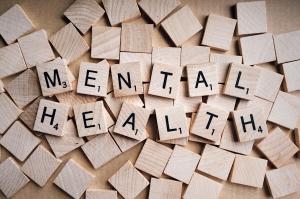 During a meeting of the Children’s Baker Act Task Force, it was revealed that a significant number of children sent for an involuntary psychiatric examination did not meet the criteria to be taken into custody.

As reported by the Baker Act Reporting Center, an astounding 36,078 involuntary psychiatric examinations were initiated on children across the state.

The mental health law currently allows for individuals of all ages, including children, to be taken into custody and sent for an involuntary psychiatric examination.

The virtual course identifies the basic human rights impacted by the Baker Act, areas of abuse and the unintended consequences.

There are misconceptions and misunderstandings of the law. Parents are not being called and given an opportunity to help their child and this is a gross violation of parental rights.”
— Diane Stein, President CCHR Florida

CLEARWATER, FLORIDA, UNITED STATES, December 2, 2020 /EINPresswire.com/ — The Florida mental health law, commonly called the Baker Act, has been a source of statewide abuse as reported repeatedly in the media. Headlines such as “6-year-old Florida girl “traumatized” after being involuntarily sent to mental health facility” and “Florida’s flawed Baker Act rips thousands of kids from school” are all too frequent and tell the stories of children and families that have suffered Baker Act abuse. [1]

Spurred into action by these stories and thousands of calls received from victims of Baker Act abuse, the Citizens Commission on Human Rights (CCHR), a mental health watchdog, decided to begin offering continuing education on the law. After first receiving approval to host continuing education through the Florida Bar on the Baker Act for attorneys, the move to become a provider through the Florida Board of Clinical Social Work, Marriage and Family Therapy and Mental Health Counseling was a logical next step.

“I believe that the failure to correctly apply this law is due to misconceptions and misunderstandings of the law itself and this is why we began offering continuing education on the Baker Act,” stated the president for the Florida chapter of CCHR, Diane Stein.

The next complimentary course is a virtual presentation scheduled for December 12th from 11:30am until 1:00pm and will be delivered by attorney Carmen Miller, a former assistant public defender in the Thirteenth Circuit in Tampa, with an extensive background in dealing with Baker Acts. Among the learning objectives for the course, those in attendance will learn the context and intentions of the Baker Act as well as the basic human rights impacted by the Baker Act and its unintended consequences.

The Baker Act allows for individuals of all ages, including children, to be taken into custody and sent for an involuntary psychiatric examination and the most recent report shows that there were more than 200,000 involuntary psychiatric examinations in Florida during 2017/2018. Unbelievably, over 36,000 of these initiations involved children and over 4,000 involved children 10 years of age and younger. [2]

During a meeting of the Children’s Baker Act Task Force, it was revealed that a significant number of children sent for an involuntary psychiatric examination did not meet the criteria to be taken into custody. Unfortunately, this is not new information. CCHR Florida has been reporting on this alarming trend for years. [3]

In order for a person to be Baker Acted there are three criteria that must be met. These criteria exist in order to help prevent abuse and all three must be met in order for a Baker Act to be initiated. However, this is often not the case and according to CCHR when the Baker Act involves a child a very important point in the criteria is usually ignored.

“The law makes a point of noting that a person does not meet the criteria for a Baker Act if the perceived harm can be avoided through the willing help of family yet parents are not being called and given an opportunity to help their child,” said Diane Stein. “This is a gross violation of parental rights.”

About CCHR: Initially established by the Church of Scientology and renowned psychiatrist Dr. Thomas Szasz in 1969, CCHR’s mission is to eradicate abuses committed under the guise of mental health and enact patient and consumer protections. L. Ron Hubbard, founder of Scientology, first brought psychiatric imprisonment to wide public notice: “Thousands and thousands are seized without process of law, every week, over the ‘free world’ tortured, castrated, killed. All in the name of ‘mental health,’” he wrote in March 1969. For more information visit www.cchrflorida.org