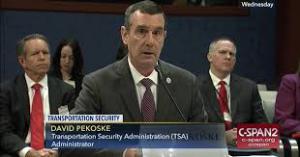 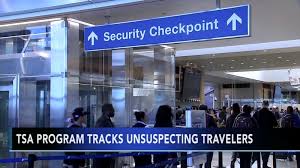 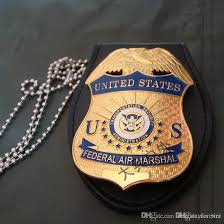 DHS Office of Inspector General (OIG) released its final report of investigation on the TSA Quiet Skies. The report outlines a sickening level of malfeasance.

I've been mandated to track people who were less than established threats. This includes children, active military and even other Air Marshals. Travelers should be angry.”
— Senior Federal Air Marshal

On September 5, 2018, Administrator Pekoske's sworn testimony, to the Senate Committee on Commerce, Science, and Transportation regarding
Keeping Our Skies Secure: Oversight of the TSA.

" First, quintessential to using our resources as effectively as possible is understanding where they can best be directed to address the greatest level of risk. TSA uses several risk-based programs, including QUIET SKIES, to inform a series of operational actions – such as whether to conduct enhanced screening at the checkpoint and when to assign Federal Air Marshal Service (FAMS) coverage. These risk-based programs are critically important for our security. They are intelligence-based and designed to identify individuals who may pose a higher risk, so that TSA can take action to mitigate these security risks. We aggressively employ procedural and privacy safeguards and have robust review procedures within TSA and with the DHS Privacy Office, Office of Civil Rights and Civil Liberties and Office of the General Counsel. TSA’s intelligence-driven risk-based programs rely on passenger provided data and do not use race, color, religion, disability, sexual orientation, or parental status as a basis for operational decisions."

This report confirms what Federal Air Marshals have known, the program is a complete disaster. It is yet another example of a program that has been completely mismanaged by an incompetent leadership. The Quiet Skies program represented a new concept of operations for the agency. Instead of listening to the workforce, Congress, and public concern, TSA FAMS leadership chose to ignore, and in some cases conceal what was really happening. An excerpt from the report: “Moreover, TSA informed us the DHS Reviewing Offices may not have become fully aware of FAMS’ surveillance of Quiet Skies passengers until nearly five months after the FAMS began those operations.” The OIG cites significant “internal opposition to the program” as a reason FAM senior leaders never informed DHS. (Page 6 of the report). Clearly, there were certain DHS leaders that were opposed to the Quiet Skies program from the beginning.

The report outlines serious mismanagement that led to egregious violations of TSA’s own privacy act policies. “According to TSA officials they were aware FAMS was using Quiet Skies passenger data to conduct surveillance”, even though it was prohibited by a 2012 PIA (Privacy Impact Assessment), to use that data beyond enhanced screening at checkpoints.

What is possibly most concerning is that the OIG found FAMS did not remove passengers from the Quiet Skies list as required in some cases. The Air Marshal National Council believes that this was intentional. We believe that this blatant violation of not only policy but possibly constitutional rights was done with the intent to inflate false numbers to give to Congress to justify the troubled program.

The OIG made several recommendations to the agency to attempt to fix the program. At this point we believe the program is beyond repair as it is completely mismanaged and it has eroded the workforce and public confidence. This program has only served to further scare the American public about government surveillance programs.

Federal Air Marshals (FAMs) have given countless hours of testimony to the various oversight committees, and we want to thank all our FAMs that had the fortitude to come forward. The Air Marshal National Council has waited for an extended period for this investigation to conclude. We will be working closely with Congress with the intention of eliminating the program altogether. TSA FAMS leadership needs to be held accountable for this government surveillance program that obviously was so mismanaged and it may have violated American citizens constitutional rights all to create false metrics to dazzle Congress.