Under a Tarp Challenge 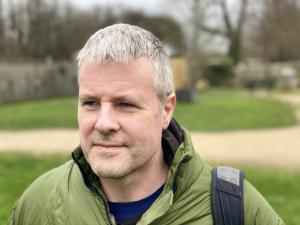 Under a Tarp Challenge – Press Release:

British Army veteran, John Watson Allison has launched a global challenge in support of the homeless. Those taking part in the “Under a Tarp” challenge will be required to raise funds for a homeless charity of their choice, build their own tarpaulin shelter outdoors, spend the night in the homemade structure and sleep on a cardboard bed.

John said: “We often talk about helping the homeless but this is a truly immersive experience , moving beyond comfort zones and towards a deeper understanding of what it’s really like to be sleeping rough on the streets.”

Participants can nominate others to take part via social media channels and share their experience of the challenge via Under a Tarp too. It is hoped that the Under a Tarp challenge will help to raise global collective awareness of the homelessness problem and the invaluable work of countless homeless charities throughout the UK and beyond.

Furthermore, the Under a Tarp Challenge is designed to help people learn new life skills, such as shelter building and become more resilient in testing times. “For many people, their resilience has never been tested as much as it is now. There has never been a more important time to learn basic skills and the art of self-sufficiency. We also need to learn to accept and be grateful for what we have too, with so many people less fortunate than ourselves,” said John.

Figures released by homeless charity, Shelter, in December 2019 suggested that in the UK alone, around 280,000 people were recorded as homeless with 220,000 living under the threat of homelessness too. Such numbers don’t account for thousands of people sofa surfing or living in unsuitable accommodation.

The COVID-19 pandemic is likely to dramatically increase the homeless population worldwide, with evictions increasing every day. Low paid workers who have rented from private landlords without tenancy agreements are likely to suffer considerably.

John Watson Allison served with the British Army for 24 years, joining the Army at 16. He found the transition into civilian life particularly challenging. He had to move home 12 times since leaving the Army, often because landlords were selling up, converting rooms into AirBnB rentals or no longer wanted to rent out their property. In 2017 he was made redundant and a month later was told that he would have to leave the house where he’d been renting a room for a year. He lived in his tiny van for six months, with no fixed abode and was technically homeless.

For the past ten years John has run urban adventure StreetGym® using nothing but the fabric of the city to keep people fit and he often encountered the homelessness problem during the course of his work. “You’d often come across signs that someone had been sleeping rough in the nooks and crannies of the city. It used to shock me where people ended up” he said. “Working in and around the streets of London you’d hear some stories too. It doesn’t matter who you are or where you’ve come from, homelessness can happen to any one of us,” he added. ENDS

The Under a Tarp Challenge website can be found here:

John spent 24 years in the British Army, specialising in Bomb Disposal and Counter-Terrorist Search with the Royal Engineers and latterly Improvised Explosive Device (IED) intelligence with the Intelligence Corps.

John is available for interview, filming and photo opportunities. Hi-res photographs are also available upon request.

How to build a tarp shelter by John Watson Allison