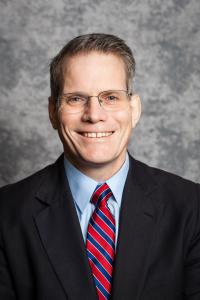 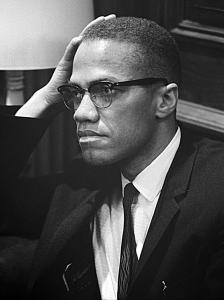 Malcolm X waiting for a press conference to begin on March 26, 1964. (Image: Library of Congress/Wikipedia)

LOS ANGELES, CA, US, October 29, 2020 /EINPresswire.com/ — Had Malcolm X lived and not been murdered in 1965, how could anyone know what he would say or do in 2020? Who’s to say how the intervening 55 years would have impacted his life? To assume he would have said or done anything today, critics argue, is rashly presumptuous.

In his provocative new essay, “Imagining Malcolm X in 2020,” acclaimed author and speaker Tom Nash counters that we can make logical inferences based on the words and deeds of Malcolm’s life, applying to modern issues the firm principles he held and lived during his time on earth. For example, Nash says, one can easily conclude that Malcolm would’ve boldly reaffirmed that black lives matter, a claim only genuine racists such as the anti-Catholic Ku Klux Klan (KKK) would oppose.

In addition, Nash argues, Malcolm X would’ve opposed the organization Black Lives Matter (BLM) on the importance of the nuclear family, the right to life of unborn children, and the rights of parents to select the best schools for their children. He adds that Malcolm would’ve opposed the NAACP as well on the latter two issues.

“After his own difficult childhood and time in prison,” Nash says, “Malcolm X ardently defended the nuclear family as fundamental to human development, realizing this institution is affirmed in cultures across the world.”

In addition, “While he wasn’t a Catholic, I think Malcolm X would join the Church in arguing for taxpayer credits and vouchers as just means to rectify the reprehensible performance of inner-city public schools,” Nash says, adding that Malcolm would’ve strongly criticized “BLM and the NAACP for prioritizing political allegiance over the educational advancement of black people.”

No matter who wins any national, state or local election, Nash reminds us that Malcolm X is a prophet whose wisdom needs to be heeded, both for the benefit of the black community and society in general.

Thomas Nash is a Contributing Apologist and Speaker for Catholic Answers. He has served the Church professionally for more than 30 years, including as a Theology Advisor at the Eternal Word Television Network (EWTN). He is the author of The Biblical Roots of the Mass, What DID Jesus Do?: The Biblical Roots of the Catholic Church, and 20 Answers: The Rosary. Nash is also a Regular Member of the Fellowship of Catholic Scholars and earned his M.A. in Journalism from the University of Missouri.

– The Biblical Roots of the Mass (https://www.sophiainstitute.com/products/item/the-biblical-roots-of-the-mass),

– What DID Jesus Do? : The Biblical Roots of the Catholic Church (https://shop.catholic.com/what-did-jesus-do-the-biblical-roots-of-the-catholic-church/ )