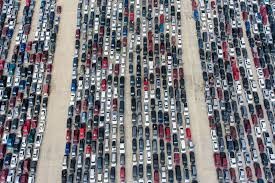 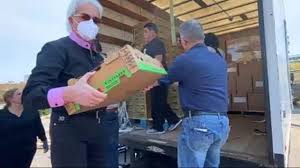 Taking Credit ’til The Bills Come Due? 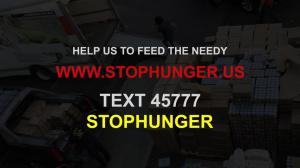 Where 100% Of Donations Are Spent ONLY For Food And Distribution

I've been PBH's (Hinn's) CE for ~ 20 years. I have gone up against every imaginable enemy, including the Senate Finance Committee, the
IRS, the FBI & 100's of disgruntled employees & family members.”
— Don Price, "Chief Excutive" for Benny Hinn

LOS ANGELES, CA, US, October 29, 2020 /EINPresswire.com/ — Among a U.S. population of more than 330 million people, there is not a single life that remains unaffected by the Biblical impact of this current plague. The foremost publicized victims are the 100’s of 1,000’s who have unnecessarily died and inevitably will die prematurely. Beyond the economic damages which have exacerbated homelessness, unemployment rates and the associated psychological scars is the inexcusable, obscene, number of hungry people who live in the world’s richest nation.

Politicians (or at least those wannabe’s who happen to currently hold office) created a health crisis from which the U.S. can no longer recover in a few short months. Their “denial strategy”, as with an ostrich, has been to just bury their heads in the sand until the virus magically evaporates. Unfortunately, they have had a large enough number of constituent bird-brains who agree that masks are inconvenient … that the exercise of social responsibility and common sense is a violation of their Constitutional rights. The resultant chaos has no easy, immediate or foreseeable fix.

The good news is that there is, has always been, a more-than-ample food supply to meet the most fundamental of needs for everyone in this country. The better news is that there is an ever-growing number of dedicated public servants, private sector humanitarians and generous private citizens who are building an army in their war on hunger. The remedies are readily available and pretty simplistic.

A prime example of dedication is Dr. Norman Quintero, Senior Pastor of Iglesia Getsemani, in Tustin, CA. His Stop Hunger campaign represents his lifelong commitment to, passion for, the cause. For over two decades “Dr. Q” has devoted his life to not only feeding 100’s of 1,000’s of families, but providing social services, mental healthcare, clothing, household supplies and spiritual support across the U.S. and international borders. Acquiring and distributing sustenance isn’t anything new to this spiritual leader, nor does he see the recent crisis as another revenue stream. It’s just what he does – working hand-in-hand with fellow businessmen, medical professionals and clergy. For every dollar that comes in, at least one goes out, but to ONLY food and distribution costs.

As an icon of planetary community service and integrity, “Dr. Q” is always looking for a handout in order to give a hand up. That is to say, he always welcomes new relationships, new donors, new means by which he can be of more help to more of those in need and most importantly – new people whom he can serve in new ways and too a greater degree.

Earlier this year, in keeping with his vision, the good doctor eventually accepted a request from faith healer and (former?) proselytizer of “Prosperity Gospel”, Benny Hinn, to contribute to the long-established and ongoing crusade against food insecurity. In keeping with Hinn’s signature showmanship, full color brochures and multiple videos were produced and disseminated, photo-ops were exploited and promises were made. All appropriated the images, words and decades-long good works of “Dr. Q”.

Long story short, the added publicity generated an exponential increase in awareness. More and more hungry families were served – more and more food was purchased – by the Quintero ministry. According to “PBH” (‘pastor’ Benny Hinn) himself as well as his staff, more and more donations (well into six figures) were pouring in.

And then came the time to pay those who had grown, produced and delivered all of the meals. The entire Hinn operation had long ago left town.

Their lawyer was a ”no show” for a scheduled interview. Their “Chief Executive” had no response other than a text proclaiming his experience with “enemies” among Congress, federal agencies, law enforcement, employees and Hinn’s own family members. He failed to mention the many who had donated money to help “Dr. Q”.

To request a copy of the recorded interview with Benny Hinn, wherein he tells 3 different tales within the span of 10 minutes and 20 seconds, please contact the author via EIN email.

According to multiple sources inside the Hinn organization, verified donors who had intended to fund Quintero’s mission through Hinn … and even “PBH” himself … not a penny was forwarded to the intended recipients. Most of the PBH FB & You Tube videos were taken down or concealed from public view. A new ”Arm” of Benny’s brand new enterprise suddenly appeared in other parts of the country. The funding sources for the food, rental trucks and temporary signage are unknown, but certainly subject to conjecture.

Meanwhile, Dr. Norman Quintero continues to honor his commitments to those in need … as well as those whom he pays for the food … out of his own pocket. Long after the pandemic has stopped, “Dr. Q” will still be serving the need as he has done for so many years.