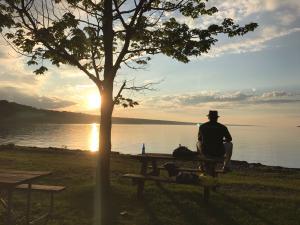 The News’ continued decline will leave local television news organizations taking story leads from the Post which, like its parent Fox News Corporation, revels in its conservative arrogance.”
— Clem Richardson

I asked if they had noted an historic event earlier that month – the Tribune Publishing company announcement that the New York Daily News was abandoning its Lower Manhattan newsroom, leaving its severely diminished staff to continue producing the paper from their homes. None had. But few announcements will have as immediate and lasting impact on New York City and its citizens.

Newspapers are where other news media not only get their news, but all too often where other media take their cues on how a story is told. I spent just short of two decades as a News editor and columnist after stints at New York Newsday, the Miami Herald, the Chicago Sun-Times, the Atlanta Journal-Constitution, and the Anderson Independent newspapers. Each of these great institutions is now fighting to survive. Tribune Publishing in July cut the Daily News staff to 50 to cover a city of 8.4 million people during a pandemic and economic crisis.Of course it can’t be done – but that doesn’t mean the cutbacks aren’t justified.

Far from its post-World War II circulation peak of 2.5 million daily and 4 million on Sunday, the Daily News now limps along on print circulation just over 200,000. Its 2020 media sales packet boasts of 2.5 million weekly online and print readers, buttressed by over 28 million monthly unique views online. In contrast, The New York Times in 2019 had 483,000 print subscribers and in May 2020 announced it had topped 6 million online subscribers. Those numbers place The New York Times third on top 2019 print newspaper subscription lists, trailing USA Today (1,621,000), The Wall Street Journal (1,011,00), but just ahead of the New York Post’s 426,000.

Gone are the days when every other New York City morning subway commuter held a Daily News, New York Post, New York Times or Wall Street Journal. But every print, radio, television, magazine or online assignment editor in the city still begins the day combing through local newspapers for stories reporters can “match,” meaning get the same or close to the same story, or “advance,” expand with new details or directions. Unless instructed otherwise, reporters assume they should also reproduce the tone of the original story. That’s one reason so many articles on the same subject sound alike across news outlets.

That’s a problem when copying the Post. A long- standing Daily News rival in local news coverage, the arch-conservative Post, twice (1976 and 1993) rescued from oblivion by conservative media magnate Rupert Murdoch, has long been considered a lost leader for Murdoch’s News Corp. The tabloid once lost an estimated $100 million yearly, a cost News Corp was rumored to be willing to sustain in exchange for an influential voice in the world’s media capital. Each of Murdoch’s New York Post purchases was allowed to save the paper from closing and was preceded by a waiver of the Federal Communications Commission rule barring personal or corporate ownership of a newspaper and television station in the same market – News Corp, which also owns Fox News, is headquartered in Manhattan.

Post jobs were saved. But now media are hurting financially across the board. According to the Pew Center for Research, more than 27,000 journalists have been laid off or otherwise left the profession since 2008. Newspapers have been particularly hard hit, with staffs cut roughly in half between 2008 and 2019, according to Pew stats. Meanwhile tech giants Facebook and Alphabet, Google’s parent company, are expected to claim $231 billion in 2020 ad revenue – the second consecutive year ad dollars for these two companies will exceed that of all American television outlets. Every New York City newspaper is short-staffed and has had layoffs and buyouts. Radio listenership in the age of Spotify and Pandora is so paltry that National Public Radio now makes more from its podcasts than from contributions supporting on-air programing.

The News’ continued decline will leave local television news organizations taking story leads from the Post which, like its parent Fox News Corporation, revels in its conservative arrogance, as witnessed by its covers. The News’ demise would be the payoff for New Corp’s decade-long commitment to sustaining the money-losing Post as a conservative voice in one of the country’s more liberal and most influential cities. Just as Fox News’ – arguably the most influential television network in the country and the flagship of News Corp’s media empire – conservatism has become more ridiculous – and racist – reporters and media outlets copying and replicating Post news clips will follow suit. It’s already happening.

Two days after Tropical Storm Isaias’s August 4, 2020, dash through the tri-state, the Post and other local media were already lambasting utilities for failing to restore power to 2.5 million affected customers. Few outlets mentioned that only Hurricane Sandy felled more trees locally than Isaias – and it took five years to recover from that August 2012 hurricane turned tropical storm. Nor was there much public consideration of the problematic logistics involved in coordinating a manpower-intensive disaster response during a pandemic. A fundamental principle of Fox News, the Post and today’s Grand Old Party is that government is bad, a convenient stance for the moneyed since government is the only entity that can control rich people and corporations.

Allowing that idea to hijack New York City media as we begin what will undoubtedly be a difficult and expensive recovery from the worse economic disruption since the Great Depression would be a coup for conservatives, who revel in government’s failure and lambaste its successes. “Be careful when you feel emotionally moved by the headline, and be even more careful when you agree with the headline or when the headline makes you happy, because that’s when you need to watch out,” British broadcaster Alexis Conran cautioned in a 2019 Ted Talk.

Sage advice for local media in a Daily News-less NYC.