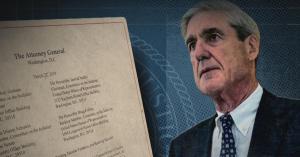 WASHINGTON, DC, UNITED STATES, October 21, 2020 /EINPresswire.com/ — CNN has revealed the existence of a secret parallel investigation into the Trump campaign on the part of the Mueller team. This probe was allegedly aimed at determining whether Egypt had "influenced the election by secretly donating money to the campaign" and whether then Trump foreign policy advisor, Dr. Walid Phares, was playing a secret role to promote Egypt with a future Trump Administration. Just like the Russia collusion hoax, this investigation has closed after having found nothing.

"The parts of the intelligence agencies tasked by the probe were clearly acting as an arm of the Clinton campaign," said the American Mideast Coalition for Democracy (AMCD) co-chair Tom Harb. "We know now that Hillary Clinton began the whole Russia-collusion narrative as the ultimate political dirty trick. It sounds like the justice department fell for yet another story of foreign interference in the election, this time involving Egypt, which was just as bogus as the first one. If all you have is a hammer, everything looks like a nail."

"I think it's pretty clear that some of our intelligence agencies were played by the Muslim Brotherhood," continued AMCD co-chair John Hajjar. "The Brotherhood has been attacking Walid Phares for years because he has exposed their strategic plans and explained them to the West. Phares sided with Egyptian civil society against the Brotherhood and has never wavered from that position, but the Obama-Biden administration was not happy when their man in the Brotherhood, former Egyptian President Mohamed Morsi, was overthrown by General Sisi. I think they saw an opportunity for revenge against both Sisi and Trump with this bogus investigation."

"This also goes back to the Iran Deal, Obama's major foreign policy legacy," added AMCD vice-chair Hossein Khorram. "The Obama-Biden team were desperate to save the deal and so wanted to remove the two foreign policy experts who were strongest against it – General Flynn and Dr Walid Phares. Once they were out of the way, John Kerry reassured the Iranians that they would get rid of Trump before he pulled the US out of the deal, and in fact, the deal stayed in place until May 2018. Had Flynn remained as National Security Advisor, he would have pulled out much sooner. I remember he put Iran on notice in his first press conference."

"All the so-called experts warned us that Trump would cause chaos in the Middle East," said AMCD Executive Director Rebecca Bynum. "And yet, we see ISIS destroyed, Iran diminished, and peace breaking out between Israel and the Arab states. President Trump has received four nominations for the Nobel Peace Prize! The foreign policy establishment could not have been more wrong."

Despite being under constant siege, President Trump has delivered a more stable, more peaceful and more prosperous Middle East. He deserves four more years in the Presidency. General Flynn and Dr. Walid Phares both deserve to have their reputations fully restored after enduring years of investigation, and in Flynn's case, prosecution, over absolutely nothing. AMCD wants to see the end of the targeting of political opponents by Administrations weaponizing US intelligence agencies. It is clear they were forced to abandon their proper apolitical role under the Obama-Biden Administration. If the republic is to survive, this cannot happen again.