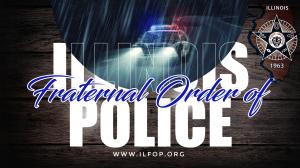 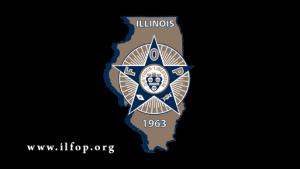 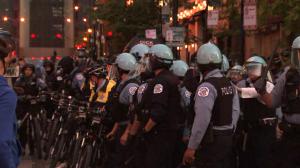 Many people still believe in the media, and when they hear and see one-sided coverage of false narratives it can put the public on a dangerous and reckless course.”
— Illinois Fraternal Order of Police State Lodge President Chris Southwood

CHICAGO, IL, USA, October 16, 2020 /EINPresswire.com/ —
We’re in the midst of a health pandemic with an economic fallout.

Funding that police departments receive is proportional to their responsibilities, which include everything from responding to potentially dangerous emergency 911 calls to attending monthly neighborhood meetings. Cuts to public safety funding could increase crime, especially where public safety is currently needed the most. The police have added the roles of managing domestic violence and substance abuse, and of responding to growing homeless populations and keeping students safe in schools. They have become a tool not just to combat crime but to deal with a variety of issues such as homelessness, mental illness, and youth violence.

The public protests with statements like "Defund the Police", shows the public is not satisfied with the legal systems put in place mostly by a voting community. To create improvements, outlines need to be created and budgets added to implement these changes.
What good is a local police force that is attempting to implement body cameras on all uniformed staff if the budgets are not there to purchase them?

The Illinois Fraternal Order of Police knows If you want long lasting change that the people of the State of Illinois will be happy about, then we need additional funding for enhanced training and new equipment.

Each year the people of the State of Illinois push to demand action in lowering crime across the board on all levels of crime in all sizes of cities. “The people who need the police the most are those who live in higher-crime areas, and reducing police funding will mean less protection for the very men, women and children the proponents of police defunding claims to speak for,” said Illinois Fraternal Order of Police State Lodge President Chris Southwood. “The call for defunding specifically targets a group of citizens simply because they wear a badge, and ignores everything they have done to serve their communities.”

The police have been used to fill the gaps where city services have not been adequate. If they plan to re-allocate additional money to substance abuse counselors and mental health professionals, then they need to take away some of that responsibility from the police.

How much should we be spending on the Police is the appropriate question to ask but unfortunately the American society has not decided on what that number should be or how much of a priority the police ought to have or even where does that play in with other necessary budgets such as schools, parks, housing and health care. The number of officers per capita hasn’t changed much over the last 20 years, but the technology and gear officers use, and the training they get, have increased significantly. Which is why budgets have been increasing. Now the public is demanding technology that assists with transparency like body cams, without wanting to increase budgets to do so.

About half of state revenues come from sales tax. State revenues are way down because of the pandemic and all these closures. State and city governments typically must have balanced budgets. They are going to have to find many programs to cut or temporarily reduce. Budgets nationwide are being addressed as many cities took large hits in their financial revenue sheets. In cities like Chicago, the public-school system is included in the city budget.

False Information divides all of us. It is time to dissolve mis-information. The public wants better Policing and a change in the policies and there are literal road maps as to what they need to do. False information is spread throughout Social media platforms as well as throughout the media every day. “Unfortunately, the loudest voices often receive the most media attention, and the frequently false information they shout to the cameras is often aired without regard to checking whether or not it is true,” Southwood said. “Many people still believe in the media, and when they hear and see one-sided coverage of false narratives it can put the public on a dangerous and reckless course.”

The men and women of the Illinois Police are working to respond to all calls requesting assistance. They are public service workers and first response teams with the most extreme of situations. Public Service workers and first responders should have the backing of the public they protect as well as every American politician. They are here to serve and protect all people regardless of political party, color, race or religion and a necessity through out the country.

The Fraternal Order of Police (FOP), founded over 100 years ago in 1915, is the largest organization of sworn law enforcement officers in the United States. With a proud tradition of officers representing officers, the FOP is also the most respected and most recognized police organization in the country. Additionally, the Illinois FOP is the second largest State Lodge, proudly representing over 33,000 active duty and retired police officers – more than 10 percent of all FOP members nationwide.