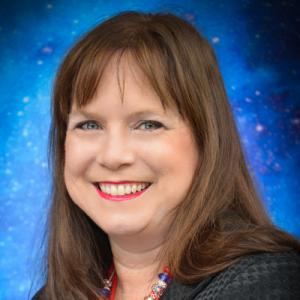 Becky E. Hites is a Republican running for election to the US House to represent Georgia's 13th Congressional District, having advanced from the Republican primary on June 9th.

Hites is on the ballot in the general election on Election Day, November 3rd against incumbent Democrat David Scott who is seeking his ninth consecutive term in Congress.

“My opponent David Scott is stuck in the 1980s still fighting battles that have already been won,” says Hites. “David Scott is too weak to lead the 13th Congressional District of Georgia, too weak to support law enforcement, to speak out against mob violence, to pass meaningful legislation, to protect the unborn, to give children better school choices, and protect America’s future. He’s too weak to be my representative.”

“I believe that David Scott potentially represents Clayton County, but there are six counties in the district, and he does not represent my county at all,” says Hites. “The 13th is the most gerrymandered district in the United States, and is at the top of the list to be redistricted. I just felt like we needed better representation for me and for my neighbors, and I think the sentiment of the district is ripe for change.”

Hites is running for office while still running five businesses.

“I get so upset at the lack of leadership in Washington. I think the swamp is still very real. We have some major issues that we need to fix: our healthcare system and our immigration system, but the mindset seems to be there's nothing we can do about it, and that's just not acceptable to me. Good people have to stand up and try to propose solutions. I do whatever I have to do to get whatever I have to get done done.”

Hites was raised in a military family, and every generation of her family has defended the country. She is both a Daughter of the American Revolution and Daughter of the War of 1812.

“There’s a battle for the heart and soul of our country, and I believed that I had a duty to respond and step up to serve,” says Hites. “I'm really pleased by the reception we've received from people in the district. Some of my friends begged me not to run because they were worried that I will be disillusioned, but I've been pretty upfront that I'm not here for the photo op. I have a legislative agenda and we're starting to build a network.”

Listen to the show on BlogTalkRadio