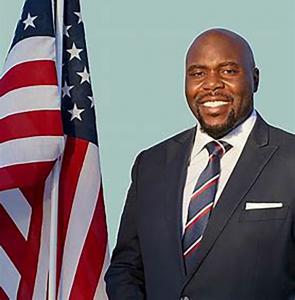 OD Harris, a successful entrepreneur and radio host, won his first elective office as a member of the Chandler City Council in Arizona.

Together we will make history in Chandler”
— OD Harris

PHOENIX, AZ, USA, August 13, 2020 /EINPresswire.com/ — Chandler is a suburb of Phoenix, Arizona, in Maricopa County, a demographic composition which is 77% white, 9% Asian and about 5% Black, similar to the composition of the State. Its City Council is all male. On August 4, 2020, with three seats on the ballot, Christine Ellis was elected as the first Black Councilwoman, and OD Harris, running for his first public office, was the first Black male elected in 20 years. Harris' election stood out in other ways, as did his road to success.

It really was not Harris' first election win; that was in middle school! When Harris is sworn in during January 2021, he will be the third and the youngest African-American to serve on the Council. His being the first candidate to post signs in English and Spanish paid off with the strong Latino support he received on election day. Unfortunately, he also was subjected to the racial animosity being highlighted during the current Black Lives Matter movement, being verbally harassed and having his signs vandalized. Despite that, pandemic restrictions, and the hottest July in Phoenix history, Harris and his team knocked on 9,300 doors, sent out more than 100,000 emails, and sent 8,000 text messages in the last 30 days before the election, earning 22,000 votes. In the midst of it all, he married his beautiful soul mate Elizabeth Creole Badeaux.

Harris, an Army veteran, graduated from Davenport University and Michigan State University. He grew his accounting business– Wize Tax and Accounting– to over 30 offices in seven states before selling it. In his short life, he has been an author, speaker, television and radio host, and business coach. His passion has always been to help small businesses, whether it is featuring them on his radio broadcast, called Entrepreneurs Report, or creating over 700 jobs and training thousands of small businesses through his Ready, Set, Go Foundation. He is a member of numerous organizations, such as Black Philanthropy Initiative and The World's Best Connectors, which help other non-profit and private business owners.

Now Harris hopes to use all his skills, knowledge and energy to the benefit of the 260,000+ residents of Chandler during his first four-year term. He hopes to continue to accelerate Chandler's growth in innovation and technology, while paying heed to people of all races, providing support to small businesses, and bringing compassion to those in need. On December 3, 2019, when Harris announced his candidacy, he said, "Together we will make history in Chandler." On August 4th, he delivered.