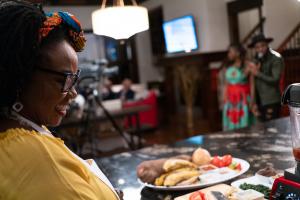 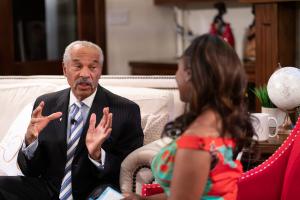 The Next 400 Talk Show Logo

I think the best thing about Africa now is the entrepreneurial spirit of the younger generation. They seem to be full of hope and belief that things can change for the better.”
— Yaw Acheampong

Yaw Acheampong describes himself as a serial entrepreneur of fifteen years. He is that–but so much more. Yaw was born, and raised in Ghana West Africa, where–according to Oxfam, roughly 60% of the people live on less than $1.25 a day. Feeling in his spirit he was meant for a better existence, like so many others, Raw came to America dreaming of building a great life. He arrived in October 1996, and has succeeded in doing just that.

Yaw states, “I've always been a true believer in America and the American People. I remember growing up back home, we used to joke around that America is only seven miles from heaven. Having lived here for the past twenty plus years, I share the sentiment even more.” He adds, “And I know this country has the potential to be even better if we all learn to treat each other with respect and kindness and continue to demonstrate to the world what true the diversity of America means.”

Unsure what to do with himself once in the U.S., Yaw saw a U.S. Navy commercial on TV on night, and was fascinated with the speed of the magnificent aircraft carriers plowing through ocean water, and jet planes soaring in the sky, and taken by the slogan, "Around the world, around the clock.” Yaw picked up the phone and called the number on the screen. Within ten minutes, a navy recruiter knocked his door, and the rest was history. Before he could think about it, he had enlisted. He served in the U.S. Navy for six years. Raw states, “The six years I served turned out to be the most humbling experience of my life. While it was not the easiest to say the least, I can also look back and say I had a wonderful time and enjoyed the privilege of serving this great nation.”

Fresh out of the military and keeping the promise to his parents to get a university education, Raw attended Old Dominion University in Norfolk, Virginia, obtaining a bachelor’s degree in Economics. He then attended the College of William & Mary, achieving a Master of Business Administration with a concentration in Finance.

Dreaming of being in business for himself, and longing for the thrill of starting his own business, Yaw deliberately built his network, surrounding himself with the right people, and after multiple failures, finally got one of his businesses operating at optimum speed.

Yaw’s show reflecting this challenge of betterment is called “The Next 400” talk show. He states, “We will have conversations about the different countries and the people of Africa, discussing how slavery and voluntary migration have impacted the American continent for the past 400 years. We will also have a close look at all the areas where African slaves were shipped to during the transatlantic slave trade, especially the United States, South America & the Caribbean, and Europe, and track the generational progress black people have made including; culture, commerce, sports, music, and cuisine over the course of those 400 years, and most importantly, make declarations, in the form of our vision statements for the Next 400 years.

Yaw states, “Life was great with friends and family in Africa, but for some strange reason, as a young boy, I always knew I would end up in the United States. It is one of the things I kept believing, that certainly came to fruition. I still go back to visit, from time to time. My parents still live in Ghana, and I still have some friends there as well.”

Concerning the best things about Africa, Yaw reveals, “I think the best thing about Africa now is the entrepreneurial spirit of the younger generation. They seem to be more forward thinking and full of hope and belief that things can change for the better. They hold politicians more accountable for their actions, they love starting businesses, and they try to duplicate skills and ideas we have learnt in the western world. That is definitely great for the continent. African can definitely use more forward-thinking leaders and people to help maximize its potential. I miss the culture, the people, the music, and lifestyle of Africa. “

A History of Slavery

Yaw states that in 2019, he saw a lot of African Americans visiting Africa in celebration of the "Year of Return” in Ghana, which was a celebration of 400 years since the first African slaves arrived on the shore of the United States. Yaw says that while some were excited about visiting the land of their ancestry, there was also a bitter sentiment, especially among younger African Americans, who described themselves as "just being black, but not African." It was then that he decided to start a conversation in the format of this TV talk show called, "The Next 400,” which he says will “help this younger generation of African Americans better understand who we all are as a people.”