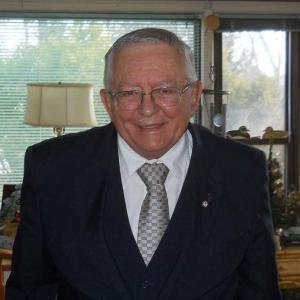 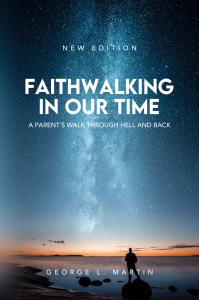 Book Cover of Faithwalking In Our Time

“Faithwalking In Our Time” details prevailing after false accusations and imprisonment, seeing a system rife with abuses"

"What we are witnessing in 2020 is another social upheaval over the common and misdirected approach to controlling and quelling social protests over police brutality." ”
— George L. Martin

UNITED STATES, August 6, 2020 /EINPresswire.com/ — With the growing movement to hold police accountable, George L. Martin's tell-all is as relevant as ever. With “Faithwalking in Our Time,” he discloses a sobering account of the widespread deficiencies and abuses he personally saw first-hand in what he describes as a broken justice system. Moreover, he also recounts how his belief in a higher power developed during that time and sustained him through those hardships.

Falsely accused and imprisoned, though later vindicated in court, he spent years behind bars and witnessed all manner of physical and emotional abuse. He describes these and how the system often condoned these excesses due to inherently bigoted attitudes ingrained within a vast proportion of the population. It was a struggle to make it through, but as his account shows, he didn’t do it alone. It is an illuminating testament on how faith can give strength in even the most trying times.

A retired teacher, instructor, professor and writer, Martin articulates his points well and provides basis and context that objectively grounds his account of abhorrent prison conditions and the factor that contributed to the sordid situation and its prevalence. What he describes are not just flukes, these aren’t isolated cases or bad apples. Martin is not alone in this and was in fact encouraged to write and publish this book from others with similar experiences in the hopes that the account may be of help.

"Deacon Jim Petrus urged me to write of my experience because his son-in-law and his close friend of 20 years had both gone through similar experiences with the justice system," Martin explains that the deacon was the one who said that story needs to be told

"What we are witnessing in 2020 is another social upheaval over the common and misdirected approach to controlling and quelling social protests over police brutality." Martin opines. He states that this is only one part of the greater overall problem. He adds that other components include the bail system, the prosecutorial and judicial attitudes towards citizens, and the need to overhaul the vindictive and punitive justice system. He highlights the need for restorative justice for both victims and offenders.

Ultimately, the act of speaking up, of putting these words onto paper, is a courageous contribution to the struggle for justice. With his book, Martin aims to
help others understand what countless people are going through. Likewise, these pages also provide a guide for those who have had similar experiences and struggle to piece their lives back together.

“We live in an imperfect world. And yet, what we do with the ability and grace that God gives us, we can either become part of the problem because of our selfishness, or we can, moved by Sacred Scripture and the great minds of the past ascend to our higher nature and become part of the solution, serving our fellow man who is struggling and in even greater need than us regardless of his race, or creed or color.” Martin says. .

About the Author George L. Martin is a retired teacher, instructor, professor, curriculum writer and spent nearly five years in prison on false charges before
winning his freedom on his own before the 6th Circuit Federal Court. For 25 years he has assisted the chaplains at Cuyahoga County Center and served as acting Catholic Chaplain and Board Member of Connection House in Cleveland, Ohio.