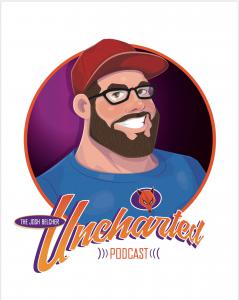 Exotic says he has become a minister in prison, shares his thoughts on the death of George Floyd, blames politicians and Hollywood for America's race issues.

I have the platform. I have the mouth. And I truely [sic] believe I can unite THIS nation without politics.”
— Joe Exotic

In his new 3-page handwritten letter, dated July 15, Exotic says he has been baptized in prison and has become a minister. He shares his thoughts on the death of George Floyd and declares that “this is not a race problem.” He goes on to blame politicians, Hollywood, canceled TV series Live P.D., and “a bad police system" for the race issues and accusations of police brutality dominating today’s news cycle. According to Exotic, the only solution is to overhaul the system and “change laws and give this country back to the people,” and he believes he can lead such a movement.

“I have the platform,” writes Exotic. “I have the mouth. And I truely [sic] believe I can unite THIS nation without politics. But I need our President to stand against corruption and make this right and pardon me sooner than later, so I can be a live face of change.”

He then gives a directive to fans… “Start a movement on Trump’s Twitter to pardon me and give me a chance to help save America. Be my voice."

Joe Exotic (aka Joseph Allen Maldonado-Passage) became a household name earlier this year when Netflix released an eight-part documentary, Tiger King: Murder, Mayhem and Madness. In 2019, Joe was convicted on 17 federal charges of animal abuse and 2 counts of murder for hire, for a plot to kill Big Cat Rescue CEO Carole Baskin. He is currently serving a 22-year sentence in federal prison.

In his original letter, Exotic detailed new evidence that “2 Assistant U.S. Attorneys, 2 FBI agents and a federal wildlife agent all conspired to commit perjury.” He also claimed he was being abused in prison, saying “I have scars from the skin coming off of my arms from being strapped in a chair so tight and so long just for demanding answers."

The new episode of the Josh Belcher Uncharted Podcast is available now at https://anchor.fm/joshbelcheruncharted.