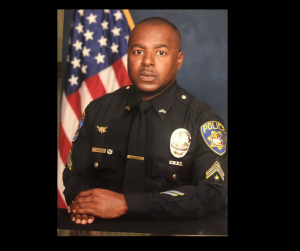 Not only was Mr. Robinson subjected to retaliation, but he was passed up for someone who had a history of sexual assault and other misconduct. How Chief Wu even hired someone like that is astonishing.”
— Attorney Tom Yu

COMPTON, CALIFORNIA, UNITED STATES, July 12, 2020 /EINPresswire.com/ — A Compton Unified School District Police Officer is suing the District after being subjected to whistleblower retaliation during an unfair promotional testing process. It was discovered that the officer who received the promotion over him had a history of sexual assault and other severe acts of misconduct while employed at a prior department.

The complaint, which was filed on August 23, 2018, then amended on November 20, 2018, outlines how Officer Eric Robinson of the Compton Unified School District Police was retaliated against for being a whistleblower on Chief William Wu during a sergeant’s promotional process in 2018. Chief Wu went against the examination procedures and policy by modifying the testing process. Despite the fact that Mr. Robinson placed number one on the promotional list, a less qualified candidate was selected in retaliation against him because he reported the testing issue to the Personnel Commission.

It was discovered that the Officer that received the promotion to sergeant – Officer Michael Muriello, had serious issues with his background, which included sexual assault, excessive force, false imprisonment, unlawful searches and seizures, and more, while he was employed with the Maywood Police Department. These allegations were not only outlined in a civil lawsuit filed (and subsequently settled) against Mr. Muriello by two female victims, it was also part of an Attorney Generals Office investigation that concluded there was "substantial evidence supporting the allegations."

Per California POST (Peace Officer Standards and Training), police officer applicants must disclose civil litigation, and the hiring entity must conduct an independent background investigation into a candidate's past, regardless of if any litigation or other misconduct is reported by the applicant.

This raises the question of whether or not the background was adequately conducted or if the Chief knew about Mr. Muriello's misconduct yet hired him anyway.