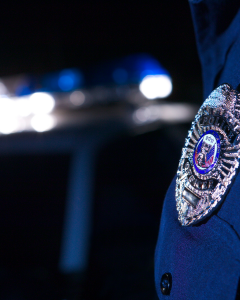 Mr. Velebil used his position of authority to not only sexually harass, but intimidate and retaliate against my client.”
— Attorney Tom Yu

BALDWIN PARK, CALIFORNIA, UNITED STATES, July 6, 2020 /EINPresswire.com/ — A Baldwin Park officer is suing his supervisor (sergeant) and the City of Baldwin Park after he was sexually harassed then retaliated against by the supervisor and department.

The complaint, which was filed on March 23, 2020, at the Los Angeles Superior Court, outlines how Andrew Velebil, an openly gay police sergeant for the Baldwin Park Police Department, repeatedly sexually harassed and stalked Martin Herrera, who served as a patrol officer on his shift. The sexual harassment, which began in 2016 and continued through 2017, involved Mr. Velebil repeatedly approaching Mr. Herrera and staring at his penis while he was nude in the locker room. He also exhibited stalking behavior and asked him on a date even though he made it clear he was not gay and was not interested.

After Mr. Herrera did not respond to Mr. Velebil's advances and avoided contact with him at work, he was threatened with discipline. Mr. Velebil screamed and cursed at him after physically advancing at him and pinning him against his patrol vehicle. This occurred during a fabricated traffic stop where Mr. Herrera was requested for backup by Mr. Velebil, but no car was pulled over.

Mr. Herrera reported the incidents in November of 2017, then again in January of 2018 after the issue wasn't addressed.

The City and police department have a long-standing history and culture of retaliation against officers who file complaints against supervisors.

In November of 2019 – two years after the initial complaint was filed, the department stated that the reports were unfounded and subsequently failed to address any of the issues.

"Mr. Velebil used his position of authority to not only sexually harass, but intimidate my client," states Attorney Tom Yu. "The fact that the Baldwin Park Police Department failed to take action after it was reported to numerous supervisors and administrators only exacerbated the situation, which is seen by the numerous acts of retaliation."

Click here to read a copy of the complaint.