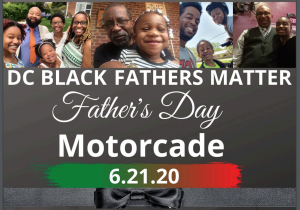 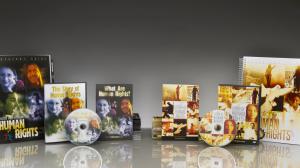 Scientology has a longstanding tradition of championing the cause of freedom for all.”
— Beth Akiyama, Church of Scientology National Affairs Office

“We need to remember that many of the unarmed men that were killed at the hands of the police, George Floyd, Eric Garner, Michael Brown and Ahmaud Arbery were fathers, sons, uncles or brothers,” said Charles Hicks, chair of the DC Black Fathers Matter Project. “This project will also serve to remind DC citizens that the majority of those infected and dying from the COVID-19 virus in the city are Black men.”

Frank Smith, founder and director of the African American Civil War Museum and co-chair of the project said, “The city has shown that the many different racial groups can demonstrate peacefully together.” DC Black Fathers Matter Project asked those same people to display their support for the initiative. Residents, shops and houses of worship showed their support with balloons, signs, banners and ribbons that proclaimed “Black Fathers Matter” all along the motorcade route. The response was uniformly positive to the long motorcade of cars decorated with black and silver balloons and Black Fathers Matter signs which were also handed out all along the way.

Signs used in the Father’s Day celebration are being donated to the Smithsonian National Museum of African American History and Culture by Mr. Hicks to memorialize the launch of the DC-based project.

“Scientology has a longstanding tradition of championing the cause of freedom for all,” said Beth Akiyama, Executive Director of the Church of Scientology National Affairs Office, which was a proud sponsor of this project.

Internationally, the Church of Scientology and its members seek human rights remedies through sponsorship of one of the world’s broadest human rights education and public information initiatives, United for Human Rights, and its program for young people, Youth for Human Rights.

The aims of these nonprofit, nonreligious organizations are twofold: Teach young people their inalienable rights, thus significantly increasing awareness in a single generation; and petition governments to implement and enforce the provisions of the 1948 United Nations Universal Declaration of Human Rights, the world’s preeminent human rights document, and mandate human rights education in schools.