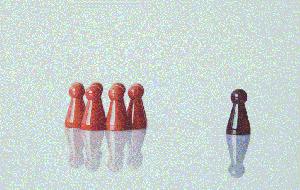 Photo by Markus Spiske on Unsplash

“We the People” can make all these things possible, but it is the “Will of the People” that can finally eliminate racial injustice?”
— John Reaves

MATTHEWS, NORTH CAROLINA, UNITED STATES, June 30, 2020 /EINPresswire.com/ — The United States is fighting a raging pandemic, tackling a recession, and circumnavigating through racial injustice. Many of us ushered in 2020 with the hopes of good health and prosperity but had no idea that the events of 2020 would attack our bodies, our minds, and our wallets. For people of color, “injustice lives in the fringes of our psyches.” Today, it has rightfully catapulted to the ranks but not above COVID-19 and the recession. All are holding our country hostage and desperate for swift solutions. The pandemic and recession are likely to be contained in the coming months but less likely for racial injustice.

In most major cities in the United States, millions of people from all walks of life are protesting the racial inequalities that have subjugated our country since August 20, 1619. This date marked the birth of slavery in the United States. According to The United States Archives, the government entity that preserves all US records deems America’s key founding documents to be the Declaration of Independence (1776); the US Constitution (1787); and the Bills of Rights (1791).

Each of these documents contributed to forming the governance of the United States. 244 years later, legislation, in theory, was supposed to eliminate racial injustice and supremacy. It instead institutionalized it, and from the surface, it appears it was by design. By no surprise, all the persons who created these documents had no vested interest in enacting equitable freedom for Black, Brown, Women, or any other type of person who did not look like them or share their wealth.

From the 1863 Emancipation Proclamation to the 1964 Civil Rights Act, several laws, and measures, such as Quotas and Affirmative Action, have been formed to govern racial discrimination. Regrettably, none of these actions have eliminated it. The question becomes: can we end racial injustice in the United States?

The quick answer is yes, but what will it take to deinstitutionalized 401 years of racism? Do we need a commission on racial justice to discuss this issue for another 400 years? What about new legislation that offers a way for our country to move forward without rewarding the systems that manufactured racism in the first place? What about reparations? A payment system to financially make all people of color whole. The question about reparations is: why would any non-person of color vote for such an approach to solving racial injustice? Who would pay for it, and who would receive it?

In other words, there are no easy answers to addressing this problem. A step forward would be for “We the People of the United States” to first stop disputing that racial inequity plagues our country. Too many centuries have been spent arguing and debating this fact. It would be great for the United States to provide an example to the civilized world on this problem that has plagued our country for over 400 years, but first things first. We need to admit and own our problem. No true progress can occur on racial injustice in the US until this action occurs at the highest level of our government.

What I appreciate about the United States is our ingenuity and the beacon of hope that resonates with most people worldwide. We are a great country, and I have no desire or will to live in any other country. An opportunity for “We the People of the United States” is to finally make our country GREAT by no longer being the dictionary definition for racial injustice. Inspirational words and softball legislation have fueled this inequity for way too long.

As a country, we must again admit that we have a problem, address it, and take responsibility for our previous inaction. We must be willing as individuals to call out all instances of racial injustice in our homes, in our communities, in our jobs, in our schools, in our churches, in our governments — in all places where this ugly cancer exists. As a society, we must eliminate the institutional walls of silent racism by requiring everyone to pay a tax on reforming the system. We must reject polite racism by voting for elected officials whose actions complement their words. We must raise our hands when we are in positions of influence and wealth and stop asking why people of color are not at the table and bring them to the table. “We the People” can make all these things possible, but it is the “Will of the People” that can finally eliminate racial injustice?