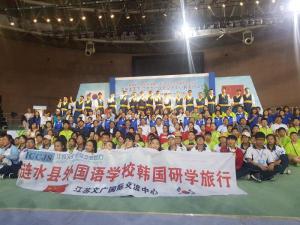 Daegu’s citizens may have been exposed to the virus at the city’s busy tourist attractions.

NEW YORK, NY, USA, June 30, 2020 /EINPresswire.com/ — “It has been confirmed that more than 1,100 Chinese students from school excursions visited Daegu–where a large number of confirmed coronavirus cases have recently occurred–up until this past January. This led to suspicions that the source of the large number of coronavirus cases in Daegu may be from the impact of these Chinese school trips,” reports Sujung Lee of Cheonji News. Critics quote a proverbial adage saying, the government “opened the doors for the thieves,” but blames the citizens. Daegu’s citizens may have been exposed to the virus at the city’s busy tourist attractions.

Between January 14 to 16, 488 elementary and middle school students from Henan, China visited the city of Daegu. This visitation was followed by 1,100 students from China which included 670 elementary and middle school students from Jiangsu and Henan provinces from January 18 to 20. They visited the Citizens' Safety Theme Park, Bangjja Yogi Museum, E-World, and Dongseong-ro and Keimyung University in downtown Daegu. They also participated in cultural exchange experience events between Korea and China with local teenagers, according to the Gyeongbuk News and the Yeongnam News. The school groups visited Daegu five days after Covid-19 deaths in Hubei, China.

Many well-known global news outlets reported the source of the Daegu Covid-19 outbreak was the Shincheonji Church, specifically a woman referred to as Patient 31. The Korea Centers for Disease Control and Prevention has failed to determine how Patient 31 was infected. Given that it usually takes four to five days for one person to infect another and show symptoms, the simultaneous surge in infections of the Shincheonji church members support there were other sources of the infection rather than this one individual.