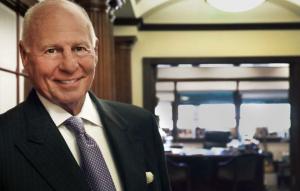 The most common type of repetitive motion injury is carpal tunnel syndrome. This happens when the median nerve in the wrist compressed by swollen and inflamed ligaments and tendons. People working on assembly lines or using keyboards all day are most susceptible to being injured. The injury can be quite painful and can cause

If the job is repetitive such as an assembly line or constant typing and clicking, Take short breaks to give your body the rest it needs, use good posture to and ergonomically optimized workstation to minimizes the strain on your body.

In the unfortunate event of an accident or injury, you are going to need an attorney that has experience with work-related injury cases. We have 55 years of experience and an extremely long list of successful cases. If you have been injured or have a legal matter you would like to discuss with an attorney from our firm, please contact us by visiting www.girardikeese.com or call 800-401-4530

In 2003, he received the most prestigious honor of being inducted into the Trial Lawyer Hall of Fame by the California State Bar. Mr. Girardi is a Member of the Board of Directors and former President of the prestigious International Academy of Trial Lawyers, an invitation-only worldwide organization, limited to 500 trial lawyers. Mr. Girardi is also the first trial lawyer to be appointed to the California Judicial Council, the policymaking body of the state courts.

Albeit, one of the most influential lawyers of our time, Girardi amorously sites Perry Mason as one of his earliest childhood law inspirations. “He was a lawyer on television, 7pm on Saturday night and I would watch that show every Saturday,” states Girardi.

In one of Girardi’s better-known cases against Pacific Gas & Electric, the utility company agreed to pay $333 million to 650 residents of the desert community of Hinkley, California. The residents blamed incidents of cancer and other diseases on contaminated water leaked from a gas pumping station. This case was the inspiration for the film Erin Brockovich starring Julia Roberts.