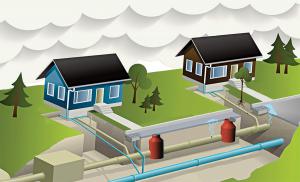 New machine-intelligent equipment has become a game-changer in how leaks can be precisely located & measured in sewer systems. 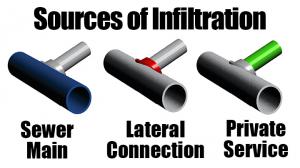 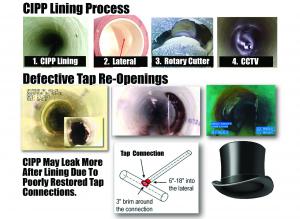 CIPP lining may result in little to no reduction in infiltration, or even worse, may leak more after CIPP lining, if tap connections are not precisely restored.

Studies like this are invaluable to support all utilities and their critical CAPEX decisions.”
— Michael Condran, PE, Vice President, Electro Scan Inc.

Customer service taps are where homeowner's pipes are connected to the municipal sewer system and which are typically the responsibility of the local water or sewer utility.

"Studies like this are invaluable to support all utilities and their critical CAPEX decisions," stated Michael Condran, PE, Vice President, Electro Scan Inc.

"Rate payers are willing to accept reasonable service fee increases if they can be assured that rehabilitation and renewal programs are selected using reliable & unbiased data and that proper quality control programs are in place," stated Condran. "Machine-based probes provide that assurance."

All CCTV operators in this study were certified by NASSCO, Inc.'s Pipeline Assessment Certification Program (PACP). All automated machine-based testing was completed in accordance with ASTM F2550.

Why the fascination with customer service tap connections?

"Because CCTV contractors are increasingly being found to rate tap connections as 'OK' or Factory Tap Active, when in fact, they leak," states Chuck Hansen, Chairman, Hansen Analytics LLC.

"If CCTV contractors also under-report leaks at pipe joints in the sewer main, property owners by default may be wrongly blamed for causing I/I when faulty visual inspection of sewer mains is the real culprit," states Hansen.

During sewer relining work, contractors must temporarily cover over existing customer service connections. As a result, these openings must be precisely re-cut to properly re-establish services without causing unintended I/I flow at the service connection.

As precipitation percolates through the soil, water can re-enter sewers at their weakest point. Resulting in little, if any, I/I reduction despite costly repairs and/or relining projects.

If service connections didn't leak before rehabilitation, then they shouldn't leak after rehabilitation. But, If contractor damage occurs, a higher rate of infiltration may result compared to leakage rates before repairs were completed.

The current study validates earlier studies with the utility owner unaware of the consequences of poorly restored customer services.

The PACP coding standards for CCTV inspection also do not quantify infiltration rates in standard gallons per minute or liters per second measurements. Instead, general code descriptions are used that have no assigned potential I/I values attributed to specific defects, construction features, or locations.

If no defects are found in sewer mains using CCTV inspection, infiltration is often assumed to come from the property owner's private lateral.

While data analytics are widespread among most innovative water utilities and construction companies, a host of emerging technologies, like FELL, are causing disruption in the market as the overall digitization of the water sector seeks out solutions with the highest rate of return and financial payback.

Recently, utilities have begun asking 'why high I/I rates continue after tens of millions have been spent on complex repair & rehabilitation programs?'

In 2019, Hansen evaluated nearly 800,000 LF of CCTV inspection from a single utility in EPA Region VII, along with over 30,000 LF of post-rehabilitated sewer mains. In that study 42% of all sewer tap re-connections were found to have defects contributing to I/I.

Another significant finding was that CCTV inspection results indicated a near-watertight sewer network, with 99.2% of all joints having no defects contributing to I/I. Observed results by the owner documented the relatively small I/I reduction of less than 20%. The CCTV results mislead the owner as to the rehabilitation effectiveness.

Results from Hansen's comparative machine-based studies will be presented at this year's Texas Water 2020, available online to conference attendance the week of July 13 and sponsored by the Water Environment Association of Texas (WEAT) and Texas American Water Works Association (TAWWA).