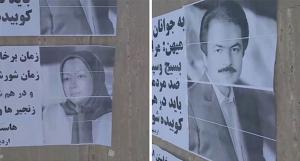 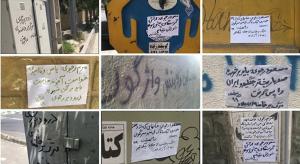 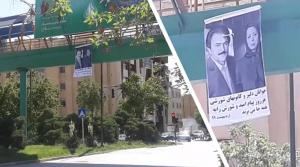 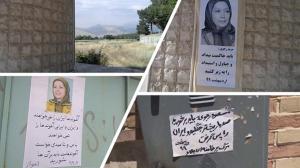 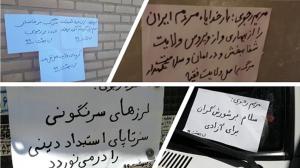 The army of the hungry, onward to rebellion and uprising

PARIS, FRANCE, May 21, 2020 /EINPresswire.com/ — In recent days, the Resistance Units, and youth supporting the Mujahedin-e Khalq (MEK / PMOI) posted banners and messages of the Iranian Resistance Leadership, Mrs. Maryam Rajavi, the President-elect of the National Council of Resistance of Iran (NCRI), and Mr. Massoud Rajavi, leader of the Iranian Resistance, in Tehran and various cities across Iran, including Mashhad, Semnan, Hamedan, Shahrekord, Fuman, Qazvin, Khorramabad, Andimeshk, Gorgan, Shiraz, Robat Karim, Bandar Abbas, Ahvaz, Gilan, Nowshahr, Masjed Soleyman, Karaj, Shahsavar, Rasht, Dezful, Amol, Esfarayen, and Isfahan, calling for solidarity and providing assistance to Coronavirus patients, as well as calling for protests and uprisings as the only way to rid Iran of the mullahs.

In Tehran and some other cities, the Resistance Units distributed messages of resistance leadership in shops, people's homes and on car windshields, and wrote graffiti on walls, and on pavements, calling for protests and uprisings.

Among these slogans were: "We must overthrow the tyrannical rule that plunders (the public's wealth) and represses people," "Maryam Rajavi: The mullahs do not want Iran. Iran and Iranians do not want the mullah. The mullahs propagate hopelessness and despair Let's stand up to that," "Maryam Rajavi: Hail to the rebels for freedom," "Maryam Rajavi: Hail to protesters for freedom, the Iranian people will fight against Coronavirus and the mullahs and will prevail," "Massoud Rajavi: Regime's supreme leader wants to use the Coronavirus outbreak as an opportunity to preserve his rule. But the Iranian people want the annihilation and destruction of both the virus and the mullahs' tyrannical rule," "Massoud Rajavi: We must fight a hundred times more and take back Iran from the mullahs," "The army of the hungry onward to rebellion and uprising," "Centers of the repressive Basij and IRGC must be demolished," "Down with Khamenei, hail to Rajavi," "The religious dictatorship is the main reason for the high number of Coronavirus fatalities," "Massoud Rajavi: The lives that are lost will shorten the regime's life," and "It's time to rise, rebel, break chains, and release the prisoners."

Secretariat of the National Council of Resistance of Iran (NCRI)
May 20, 2020