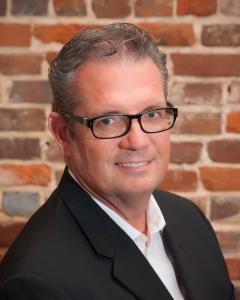 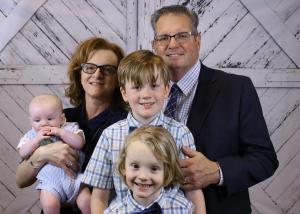 After more than seven months being wrongfully detained in India, American Christian Pastor Bryan Nerren is finally been allowed to return to the United States.

NASHVILLE, TN, USA, May 19, 2020 /EINPresswire.com/ — The American Center for Law and Justice (ACLJ) is pleased to announce that after more than seven months of being wrongfully detained in India, Christian Pastor Bryan Nerren – a U.S. citizen – has finally been allowed to come home to his family in the United States and will be reunited with them this evening.

On Friday, the false charges against Pastor Nerren were dropped, the prosecution was withdrawn, and the judge lifted all travel restrictions and returned his passport. A misunderstanding that should have taken just hours to resolve administratively within customs, turned into a seven-month ordeal, involving false arrest, false charges, jail time, seizure of passport, travel ban, court hearings, custom reports, and appeals.

Pastor Nerren is a Christian Pastor from Tennessee. He is a loving husband, father, and grandfather, who also has a compassionate heart for others. He heads up the non-profit ministry Asian Children’s Education Fellowship, which has been training Sunday School teachers in India and Nepal for 17 years. In a recent trip to attend conferences in India and Nepal on October 5, 2019, Pastor Nerren was targeted and arrested as he stepped off the plane in Bagdogra, India.

What exactly was Pastor Nerren’s alleged “crime”? Evading a duty on funds he was carrying for the conference and trip. However, he was not even carrying the minimum amount of money that would have made it a crime even if he were trying to evade the duty. The reality is Pastor Nerren was never informed of the duty, although he openly declared the funds to customs in New Delhi. He was, however, specifically asked if he was a Christian and if the funds would be used to support Christian causes. And although New Delhi customs returned the funds to Pastor Nerren and told him that he was cleared and free to go, that was definitely not the case. The truth was that he was to be falsely arrested and endure a more than seven-month nightmare, while being trapped in India.

The ACLJ has been representing Pastor Nerren and his family throughout this ordeal, working with members of Congress, the State Department and U.S. Embassy, the National Security Council, and Pastor Nerren’s attorney in India, to secure his freedom. More than 200,000 people signed the ACLJ’s petition demanding he be released and allowed to return home to his family in America who need him.

“We are thrilled that Pastor Nerren has been allowed to return home to his family, who have desperately needed him,” says CeCe Heil, Senior Counsel for ACLJ. “We are also grateful for the personal engagement and concern of Ambassador Juster and Consul General Parker, as well as Senators Marsha Blackburn (TN) and James Lankford (OK), and Representatives Scott DesJarlais (TN-4) and Jody Hice (GA-10), including their staff, regarding their commitment on behalf of Pastor Nerren. These Members of Congress recently sent a congressional letter to India urging Pastor Nerren’s freedom. In addition, we are thankful for Senator Lamar Alexander (TN) who personally met with our team and Pastor Nerren’s wife, and for the engagement and support of Representative Mark Green (TN-7).”

Unfortunately, India is ranked No. 10 on Open Doors 2019 World Watch List, which monitors Christian persecution. It has moved up 11 spots since 2015, indicating a sharp increase in extreme persecution. Open Doors states that “the primary force for persecution in India is Hindu nationalism, which advocates for the belief that India belongs to Hindus and people of other faiths should find somewhere else to live, work and worship.”

This belief can certainly be seen in the illegalities surrounding the targeting and detainment of Pastor Nerren, who was even spat on because he was a Christian. Regrettably, the Christians who live in India, suffer far worse persecution.

“Today we celebrate the return of Pastor Nerren to his family in the U.S.,” says Heil. “But let us not forget the Christians in India and all over the world who are facing persecution daily, simply because of their faith. Please continue to pray for them, as well as all who suffer persecution for their faith. Our work for the persecuted Church does not stop.”