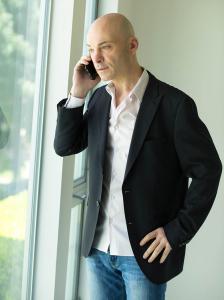 "Never in my life did I think that the federal government would be creating a bailout for the restaurant industry." – Lenny Rosenberg

LOS ANGELES, CA, UNITED STATES, March 23, 2020 /EINPresswire.com/ — Lenny Rosenberg, “The Michael Jordan of the Restaurant Industry” would like to discuss how the world has shifted on its axis and caused the American life to be turned inside out. See his thoughts below:

As you know we are in a virus crisis that has turned into a financial crisis. This has now ultimately morphed into a restaurant crisis. Never in my life did I think that the federal government would be creating a bailout for the restaurant industry but low and behold as of this week every restaurant in America is closed. As incredible as that sounds, it is true, you are only allowed to be open for pick-up and delivery. Dining inside of the restaurant is now illegal. As if it was not difficult enough for our industry to deal with the restaurant killer $15 minimum wage which has decimated most restaurants in the major metropolitan areas across the country for years, but now we are dealing with mandatory government shutdown while we are try to survive the COVOID-19.

After we survive this world virus, not only most of the mom and pop restaurants will not reopen because of no funding capabilities, but major chain restaurants will be in jeopardy of re-opening. Shake Shack CEO, Danny Meyer stated on CNBC “The restaurant industry will have to be reinvented when this crisis is over.” This means most restaurants will not have the funding capabilities to reopen and the few that do will have to find a way to reinvent themselves by offering a cleaner and healthier menu that is mostly to go and delivery. Even when this crisis ends, the general population will need a long time to crawl out of their home. They have been in lock down mode for possibly months and trust the streets of their local neighborhood restaurants reside or what few are left to eat at.

With that said I would like to take my take on the situation we live in today and what is to come of our industry, to begin with restaurants will go on as long as people need to eat. As the “Michael Jordan of the Restaurant Industry” it is my responsibility to start reinventing how customers will dine in the future. I see a wide sweeping change in how the layout of the restaurants are set up, meaning much fewer dine in tables and a larger area set up for To go and delivery stations to work. Areas in each restaurant will have to have a lot of signage of procedures on every process of preparing food clean & healthy. As far as the kind of foods I envision a lot more varieties of salads made of variations of many different fruits and vegetables and much less meats and fish products. When it comes to proteins I only see the highest quality of wild and organic products that are available to serve. As far as service I see mostly self-service so that limits less contact from the employee with the customers food. The self-service idea also goes in line with the $15.00 minimum wage issue, a subject I have always been very vocal about. This is a restaurant killer especially for the full-service restaurants.

This format is well displayed in one of my new acquisitions called “Marmalade Café” on the famed street Montana Ave in Santa Monica California. This is a model for the future, mostly to go and delivery and 65% of our foods are salads and vegetables and only the highest quality of wild and organic proteins we sell.

With all that said I will make a plea to the federal government. In the past the governments have made it a practice to bail out major corporations just to see the CEO’s use the money to line their pockets. We need our politicians to help the restaurant industry get back on its feet when the crisis is over. Let me say that we do not need a bail, my plan would be to forgo all rents, mortgage, credit line payments for at least 6 months to a year and make no interest loans available with a grace period that was reasonable till the restaurant was back on its feet. This way we would be able to be fruitful to the economy while we create jobs and start the engine of the economy going again without lining our pockets with free money.

In closing we once had a great economy that was thriving on all engines not because of the big corporations, but because of the small business owner. We will rise again and prosper but not before we take care of our sacred restaurant industry.