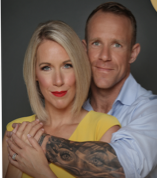 I’m writing the book so the world can hear exactly what happened in Mosul and how this entire ordeal occurred. I look forward to people finally discovering the truth”
— Eddie Gallagher, Retired Navy SEAL Chief

“The Man in the Arena: From Fighting ISIS to Fighting for his Freedom—A Navy SEAL’s Battle to Clear His Name” is scheduled for release this summer. The exact release date is dependent upon a mandatory Department of Defense review.

Gallagher made news this past summer when President Trump intervened in his war crimes case, moving him out of prison for less-restrictive pretrial confinement and ultimately stepping in to have his rank restored and allowing him to keep the coveted SEAL Trident pin after his trial. The Secretary of the Navy was later fired by the president for his handling of Gallagher’s case.

Gallagher had returned to the U.S. after his 2017 Mosul, Iraq deployment when other SEALs in his platoon began to complain about his leadership style. They subsequently accused him of murdering a young girl, an old man, and a severely-wounded ISIS fighter who had been captured after a fierce firefight. Gallagher was arrested and spent nine months in pretrial confinement.

Chief Gallagher was ultimately found innocent on all charges except one, taking a photograph with an enemy corpse. During the trial, another medic in his SEAL platoon, Corey Scott, admitted on the stand that he had killed the ISIS fighter by covering his breathing tube instead of turning him over to Iraqi forces, who he feared would torture the young fighter.

Gallagher is writing the book with his wife, Andrea, who regularly appeared on television and developed a strong online presence to help bring attention to her husband’s plight during his incarceration. It is being published by Washington, DC-based Ballast Books.

“The prosecution was able to put on their case during trial, which was so filled with lies and corruption that my defense team merely had to expose those flaws for a jury of my peers to find me innocent. I’ve done some select interviews, including “60 Minutes”, but most are edited and short form. I’m writing the book so the world can hear exactly what happened in Mosul and how this entire ordeal occurred. I look forward to people finally discovering the truth,” said Gallagher.

For more information about the book please visit www.eddiegallagherbook.com