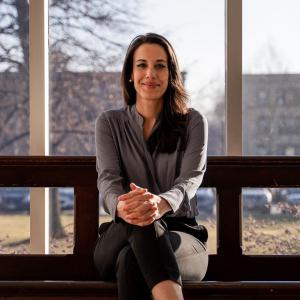 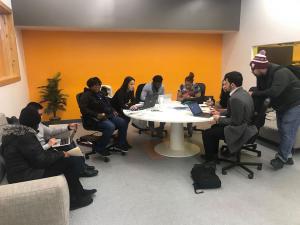 Sarah’s wisdom and experience is exactly what America needs to help put an end to the opioid overdose crisis and destructive legacy of mass incarceration once and for all.”
— Brian Cuban, brother of Dallas Mavericks owner, Mark Cuban

CHICAGO, ILLINOIS, USA, February 7, 2020 /EINPresswire.com/ — Chicago-based activist Sarah Gad (D-IL) is running for U.S. Congress in Illinois' 1st District. Gad, a former inmate-turned law student, launched her campaign for U.S. Congress less than four months ago and has wasted no time going after key issues in her platform. The 1st District encompasses the South Side of Chicago, an area marked by high levels of incarceration, poverty, and unemployment—all of which she says are inextricably linked. "Our system has a built-in racial bias and leaves people permanently disenfranchised, unable to find work, housing, or earn a living," says Gad. "I know this because I've gone through it."

Gad's campaign went viral this past November after holding a mixer for recent prisoners and local businesses, which ended with 26 on-the-spot hires. This past weekend, Gad's campaign hosted an expungement clinic, which was led by Gad and her law school colleagues. The expungement event, which was held in the South Side neighborhood of Woodlawn, drew in an unprecedented crowd. "When I arrived, there was a line outside the door of people with their paperwork in tow, waiting to get their records expunged. I ended up having to call more classmates for back up," she says. Nearly 100 expungement application forms were processed over the course of the four-hour event.

"There is a portion on application form that asks why the person is seeking expungement, and the responses were pretty much unanimous throughout: the person's record was preventing them from finding meaningful employment," says Gad. "There were people who had records dating back twenty, thirty years who were still being held back because of it," she added. "Our system should be promoting rehabilitation and productivity, not hindering it."

Gad is in her final year of law school at the prestigious University of Chicago, whose notable alumni also include U.S. Senator Amy Klobachaur (D-MN) and former FBI Director James Comey. Gad is an outspoken advocate for criminal justice reform and re-enfranchisement, who says her experience in the criminal justice system is what motivated her to attend law school and push for reform.

Gad's candidacy has garnered widespread support from members of the social justice and legal communities, including endorsements from prominent names like activist and Johns Hopkins Professor, Dr. Stanley Andrisse, and best-selling author and attorney Brian Cuban. "Sarah is one of few aspiring politicians who actually has a track record for making change, not just talking about it. I truly believe that her wisdom and experience is exactly what America needs to help put an end to the opioid crisis and destructive legacy of mass incarceration once and for all," said Cuban in a statement.

Gad, who also founded and sits on the board of two Chicago-based nonprofits, was the recipient of the 2019 University of Chicago Humanitarian Award. If elected, the 32-year old will become the nation’s first formerly incarcerated female legislator.