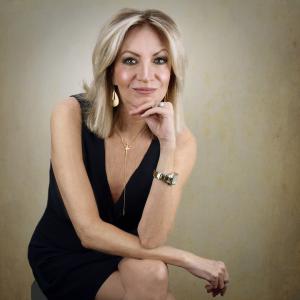 LOS ANGELES, CA, UNITED STATES, January 20, 2020 /EINPresswire.com/ — Today we honor the life of the Reverend Dr. Martin Luther King, Jr. An advocate of civil rights through nonviolence and civil disobedience, King was assassinated in April 1968. King won the Nobel Peace Prize in 1964, and was awarded the Presidential Medal of Freedom and the Congressional Gold Medal after his death.

According to Magi Helena, “We can instantly see Dr. King’s intelligence and speaking skills in his natal astrology chart. We can also see how he had to learn to express his anger and frustration with racial inequality with his words – this didn’t come easily to Dr. King.”

She continues, “Dr. King’s empathy and caring are shown, as well as his profound oratorical skills and logistical mind. As we dig deeper, Dr. King’s agenda for change is revealed. Dr. King also has powerful symmetrical planetary geometry which greatly adds to his charisma and indicates his spiritual foundation as well. Through his astrological birth chart, we can also understand his desire for a new approach to dissent, by using words and ideas instead of physical violence to create the changes he sought in society.” Helena continues.

Magi Helena concludes that, “Dr. King’s intelligence, charismatic speaking skills, and ability to harness his frustrations in a non-violent and spiritual way made him one of the great leaders of modern times. We owe him so much for the way he sacrificed himself to improve our world.”

Learn more and get the astrology details here: https://magihelena.com/dr-martin-luther-king-jr-astrology-of-greatness/

Celebrity astrologer Magi Helena has clients across the US and in 40 countries worldwide. She is 1 of 2 practicing Certified Magi Astrologers and the only woman with the highest certification in Magi Astrology, and is one of the authors and instructors of the Magi Astrology Certification Program. Helena’s “Your Daily Astrology” column is syndicated to hundreds of newspapers throughout the United States and internationally, with a daily readership in the millions.

Helena is also the inventor of Star-Timer® Calendars and Love-Stars® Compatibility Reports, and is the author of two books: Build Your Dream Life, and How To Sing the Uni·Verse. Helena is the winner of the 2019 Best of Los Angeles award for best astrologer. She is also a member of Mensa, the High IQ Society.