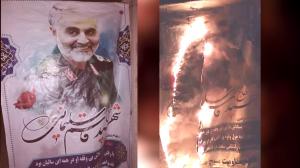 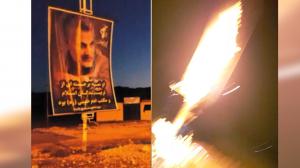 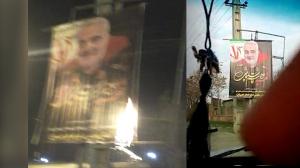 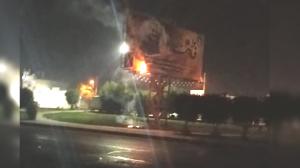 Khamenei displayed his frustration in the face of the defiance of rebellious youth toward the regime and Soleimani, saying a few hundred who insulted Soleimani’s pictures were not the people of Iran”
— NCRI

In his remarks today, Khamenei displayed his desperation and frustration in the face of the rage and defiance of rebellious youth toward the mullahs’ regime and Soleimani by saying that a few hundred who insult Soleimani’s pictures were not the people of Iran.

These activities occurred while the security and suppressive forces were on full alert in view of the Friday prayers in Tehran and regime-staged rallies in other cities.

Secretariat of the National Council of Resistance of Iran
January 17, 2020